Board member since February 2021 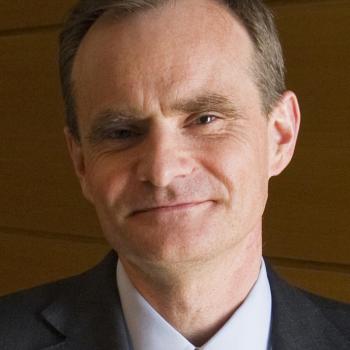 Dr. Johnson has served as a professor at the MIT Sloan School of Management since 1997. He is currently the Ronald A. Kurtz Professor of Entrepreneurship and head of the Global Economics and Management Group at the MIT Sloan School of Management. Dr. Johnson is also currently a research associate for the National Bureau of Economic Research, a private nonpartisan organization that facilitates cutting-edge investigation and analysis of major economic issues. Dr. Johnson was a member of the Center for a New Economy’s Growth Commission on Puerto Rico from January 2017 to June 2019, a member of the Financial Research Advisory Committee of the U.S. Department of the Treasury’s Office of Financial Research from 2014 to December 2016, where he chaired the Global Vulnerabilities Working Group, a member of the Federal Deposit Insurance Corporation’s Systemic Resolution Advisory Committee from 2011 to December 2016, a member of the Congressional Budget Office’s Panel of Economic Advisers from 2009 to 2015, a senior follow at the Peterson Institute for International Economics from 2008 to November 2019, and Chief Economist at the International Monetary Fund from 2007 to 2008. He is currently a member of the Systemic Risk Council, a public interest group that monitors progress on the implementation of financial reforms, an advisory board member for the Institute for New Economic Thinking, and an advisory board member for Intelligence Squared. Dr. Johnson is the co-founder of Baselinescenario.com and the author of numerous publications.

Dr. Johnson has been a Fannie Mae director since February 2021. Dr. Johnson serves as Vice Chair of the Audit Committee and is a member of the Community Responsibility and Sustainability Committee.