Board member since September 2018 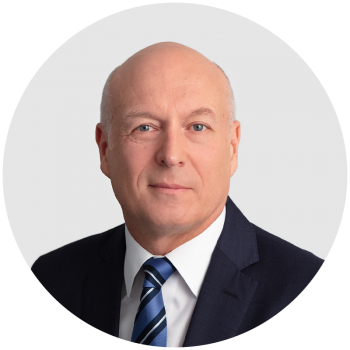 Mr. Sánchez is an adjunct professor at Rice University’s Jones Graduate School of Business, Founder of Adelante Ventures LLC, and Founder Advisor to Spring Labs Inc. Mr. Sánchez was the President and Chief Executive Officer of Compass Bank, Inc. (“Compass Bank”), a U.S. subsidiary of Banco Bilbao Vizcaya Argentaria, S.A. (“BBVA”), from December 2008 to January 2017. Mr. Sánchez also served as a member of BBVA’s worldwide Executive Committee and was BBVA’s Country Manager for U.S. operations from September 2010 to January 2017. In addition, Mr. Sánchez became Chairman of the Board of Directors of Compass Bank and its holding company, BBVA Compass Bancshares, Inc., in September 2010 and served in these roles until November 2017. Mr. Sánchez joined BBVA in 1990 and served in a number of other roles at BBVA prior to becoming President and Chief Executive Officer of Compass Bank in 2008, including as Senior Executive Vice President of Community Banking in 2008, President and Chief Executive Officer of Laredo National Bank (then newly-acquired by BBVA) from 2005 to 2008, and Chief Risk Officer for BBVA Bancomer in Mexico City from 2002 to 2005. Mr. Sánchez currently serves as a trustee or member of the Board of Directors of a number of civic, cultural and educational institutions, including the Houston Symphony, KIPP Texas Public Schools, and the Center for Houston’s Future.