Another Step to Unlock Homeownership for Underserved Borrowers 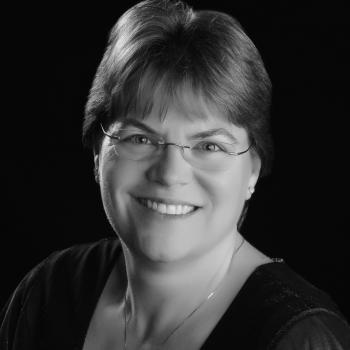 For decades, uneven credit opportunities have edged underserved populations out of homeownership, prolonging issues like the gaps in homeownership rates and wealth accumulation amongst races. To help address these challenges, Fannie Mae is finding innovative ways to responsibly increase access to credit, such as using positive rent payment data to assess mortgage eligibility.

Fannie Mae recently announced another update to Desktop Underwriter® (DU®) that aids in expanding access to mortgage credit for qualified borrowers. Loans underwritten through DU generally are subject to a minimum 620 credit score requirement. When assessing whether a loan meets this requirement, DU will now use the average of all borrowers’ median credit scores, instead of the lowest median credit score. Our analysis, discussed below, shows this to be a more accurate assessment of credit risk.

The median score is determined by taking the lesser of two or middle of three credit scores obtained per borrower.

A measure we review in evaluating the efficacy of credit risk models and thresholds is the “tail capture rate,” which is calculated by identifying the lowest scoring 10% of loans and then counting the number of adverse credit events in that 10% divided by all adverse credit events. The higher that rate, the better the score is at rank ordering credit risk because it indicates that the score is better at identifying actual adverse credit events. In the table below, the tail capture rate and ever seriously delinquent rate (referred to as the “ever SDQ rate”) for loans with credit scores below 620 were calculated for both credit score calculations. The ever SDQ rate measures loans that became 90-plus days delinquent during the performance window. The average of the median credit score calculation identified two percentage points more ever SDQ loans in the lowest scoring 10% than the lower of median calculation. The average of the median calculation also identified three percentage points more loans with credit scores below 620 that became ever SDQ during the performance window. This shows that the average of the median credit score is a better indicator of credit risk than lower of median credit score.

In addition, for two-borrower loans in which one borrower had a credit score less than 620, the loan performed better if the co-borrower's credit score was higher. The higher the co-borrower’s score, the better the loan performed regardless of the lower score of the other co-borrower. This result was true across all acquisition years evaluated, as well as multiple credit performance metrics, such as early payment defaults (EPD) and ever SDQ. This intuitively makes sense – we believe the borrower with the higher score is likely to want to maintain their good credit by continuing to make their payments on time rather than take on the payment behavior of the lower scoring borrower.

In addition, we expect that a larger percentage of borrowers from underserved populations will be eligible for DU’s risk assessment with this update. In a recent analysis of historical data where the loan application had one borrower with a credit score below 620, more than 30% of the applicants whose average median credit score was above the 620 minimum threshold were from underserved borrower groups.

This update is just one more step on our mission to facilitate equitable and sustainable access to homeownership while promoting safe and sound lending. We look forward to partnering with our customers to see the benefits of this change.