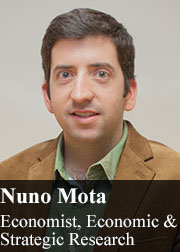 In our new Fannie Mae Working Paper, we use both public and Fannie Mae data to provide a set of facts on the rural single-family conventional mortgage lending market as well as highlight key differences and trends between urban and rural lending. Although there are multiple definitions of what constitutes a rural area, this work makes use of a single definition: the Federal Housing Finance Agency 2015 Proposed Duty to Serve (DTS) rule definition.1

Under the above definition, rural areas account for one fifth of total single-family conventional mortgage loan originations in the U.S., by loan number. House prices in rural areas are lower than in urban areas, yet they fluctuated less during the housing crisis. On average, rural borrowers are older and have lower incomes than urban borrowers, yet, given rural loans are typically for smaller amounts, back-end debt-to-income ratios are similar across the two groups.

Our findings illustrate how rural mortgage lending may face a different set of challenges when compared with mortgage lending in an urban setting. We also confirm certain well-known facts regarding rural housing, namely, that rural mortgaged properties are more likely to be manufactured homes and have larger lot sizes. However, we highlight how rural markets are heterogeneous, indicating that one approach will not suffice if lenders are to effectively target all rural areas.

Our study presents an analysis across five key areas. Key findings from those sections include the following:

Differences between urban and rural mortgage lending
Using a richer loan dataset of Fannie Mae acquisitions from 2004 to 2015, this report shows that:

Trends in rural lending differences since 2004

Read the Fannie Mae Working Paper “Rural Mortgage Lending Over the Last Decade” for the full analysis and findings.