Low Income Homeownership and the Role of State Affordable Mortgage Programs Perspectives - May 17, 2018 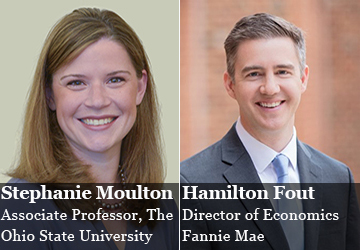 Enabling access to affordable and sustainable homeownership has long been a goal of U.S. housing policy and is central to Fannie Mae's mission. A critical part of achieving this mission is to support programs and lenders that extend homeownership sustainably – that is, providing mortgages to lower income households who are able to maintain their mortgage payments over time. Lower income households face significant barriers to purchasing homes, including lack of wealth for a downpayment and other challenges in qualifying for conventional mortgage financing. Further, after purchasing a home, lower income homeowners are often at higher risk of default due to unaffordable mortgage terms, higher loan-to-value ratios, and fragile household balance sheets.

Affordable lending programs administered through state Housing Finance Agencies (HFAs) provide a potential vehicle for realizing this goal. From the 1970s through 2014, state housing finance agencies (HFAs) in the U.S. facilitated home purchases for more than 3.2 million households, the majority of whom were low-to-moderate income (LMI) first-time homebuyers with incomes below 115 percent of the area median income.1 Unlike higher cost subprime mortgages originated during the housing boom, mortgages originated by state HFAs do not rely on premium pricing and exotic product features to extend homeownership to LMI households, but instead originate mortgages at or below market interest rates. HFA loans often include value-added services such as homebuyer education and counseling and preventative servicing.2 Further, HFA originated mortgages typically meet conforming loan standards and the majority are securitized by Fannie Mae, Freddie Mac, or Ginnie Mae.

Despite a longstanding history of serving LMI homeowners, there are few empirical analyses of HFA originated mortgages. How do HFA borrowers compare to conventional first-time homebuyers? Do loans originated through HFA programs perform better than loans to otherwise similar borrowers? And if yes, what are the mechanisms that lead to better loan outcomes? Is it something about the structure of the loan, or additional services provided that reduces the risk of default? These are the questions that Professors Stephanie Moulton of The Ohio State University, Matthew Record of San Jose State University, and Erik Hembre of the University of Chicago tackle in their recent working paper.

To analyze loan performance, the researchers construct a matched sample of HFA and non-HFA loans within the Fannie Mae database, ensuring that the borrowers were similar at the time of loan closing with regard to geography, loan terms, income, credit score, and loan-to-value (LTV) ratio. The working paper indicates that among this sample of LMI borrowers with loans originated between 2005 and 2014, by October 2016 more than one in five experienced a 90-day default, about 14 percent experienced foreclosure, and nearly half of the borrowers prepaid their loans (either through refinancing or home sale). Findings from a competing hazard analysis show that the risk of ever experiencing 90-day default is about 20 percent lower for borrowers with loans originated through HFAs, and the risk of foreclosure is about 30 percent lower. The relative likelihood of prepayment is also about 30 percent lower. To account for changing dynamics in the mortgage market during our study period, we estimate our models separately for origination cohorts in three time periods: 2005-2007; 2008-2011; and 2012-2014. The reduced risk of default associated with HFA loans is not observed for the 2012-2014 cohort of originations; however, less than one percent of loans in this cohort had experienced a 90-day default by the end of the study period.

Next, the working paper provides analyses of the mechanisms that contribute to lower default and foreclosure rates for HFA mortgages. Structural characteristics are considered first, including whether or not the loan was originated through a broker or correspondent (as opposed to a retail channel), if the loan had secondary financing, and whether or not the loan was underwritten with full documentation. Of the structural attributes included, the working paper shows that broker and correspondent originated mortgages have a higher risk of default, while those with secondary financing (often in the form of community second mortgages from an affordable lending program) and those with full documentation have a lower risk of default. As HFA mortgages are more likely to have full documentation, be originated in the retail channel, and include community seconds (typically associated with better credit performance than other sources of subordinate financing), all factors that improve the relative credit profile of HFA loans, including these factors can explain some but not all of the historically observed better credit performance of HFA loans.

To better understand additional practices that HFAs may undertake that result in better loan performance, the researchers merge in data from the National Council of State Housing Agencies (NCHSA) annual State HFA Factbook to include in the analysis of HFA loan performance. Three practices are considered: whether or not the state HFA provides any homeownership education and counseling in a given year, whether or not the state HFA operated a direct lending program in a given year (versus originating all loans through participating lenders), and whether or not the state HFA provides the majority of its loan servicing in-house in a given year (versus contracting out servicing to a Master Servicer or other private lender). The results indicate that loans originated by HFAs with direct servicing or with homeownership counseling are less likely to experience default or foreclosure, with no observed effects of direct lending. Combined, these structural attributes and service delivery practices explain about three-fourths of the HFA effect on reduced default and foreclosure, the majority of which can be attributed to servicing practices.

The findings from this study contribute to an understanding of different ways to reduce the risk of lending to LMI first-time homebuyers, beyond underwriting. As demonstrated by the recent mortgage crisis, careful underwriting clearly has an important role to play in reducing default risk. In this sample of Fannie Mae first-time homebuyers, the average credit score increased by nearly 50 points during the study period, with an average score of about 700 for the 2005 to 2007 origination cohort, to an average score of nearly 750 for the 2012 to 2014 origination cohort. Similarly, the average CLTV (combined LTV from first lien and any subordinate liens) declined from 93 percent to 87 percent during the study period. However, tightening credit score and LTV requirements too much may make it difficult for otherwise creditworthy LMI homebuyers to enter the market.

Unpacking the HFA effect on loan performance can offer insights for alternative strategies to reduce the default risk of lending to this population of borrowers. One of the big takeaways from this study is the importance of borrower screening and servicing practices. Not only are HFAs more likely to require full documentation and careful underwriting, they also serve as a third-party monitor on the partner lenders originating loans through the state program, creating an additional incentive for careful screening by the lender. This highlights the potential role for policies that increase the transparency of lender origination practices and that incorporate mechanisms for monitoring by third-parties. Further, there is some evidence that preventative servicing practices (e.g., prompt contact with the borrower when a payment is missed) may contribute to the observed HFA performance gap, as loans originated by HFAs servicing their own mortgages perform better in this sample. This suggests early intervention when a borrower misses a payment may help improve mortgage sustainability for LMI borrowers.

Opinions, analyses, estimates, forecasts, and other views of Fannie Mae's Economic & Strategic Research (ESR) Group included in these materials should not be construed as indicating Fannie Mae's business prospects or expected results, are based on a number of assumptions, and are subject to change without notice. How this information affects Fannie Mae will depend on many factors. Although the ESR Group bases its opinions, analyses, estimates, forecasts, and other views on information it considers reliable, it does not guarantee that the information provided in these materials is accurate, current or suitable for any particular purpose. Changes in the assumptions or the information underlying these views could produce materially different results. The analyses, opinions, estimates, forecasts, and other views published by the ESR Group represent the views of that group as of the date indicated and do not necessarily represent the views of Fannie Mae or its management.

2 Moulton, S. and Quercia, R. (2014). "Access and sustainability for first time homebuyers: The evolving role of state housing finance agencies." with Roberto Quercia. In Homeownership Built to Last: Balancing Access, Affordability, and Risk after the Housing Crisis. Brookings Institution Press with the Joint Center for Housing Studies of Harvard University.