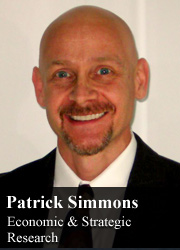 By most measures, 2012 was a year of housing market recovery, with gains in housing construction, home sales, home prices, and mortgage originations. However, according to our most recent edition of Housing Insights, the homeownership rate did not follow suit. This new research analyzes recently published data from the Census Bureau's American Community Survey (ACS) and finds that the homeownership rate declined for the fifth consecutive year in 2012, dropping to 63.9 percent. This was the lowest rate recorded by the ACS since the survey was fully implemented in 2005 and was also lower than the rate recorded in any decennial census since 1970.

What's more, in a departure from recent trends, the 2012 ACS showed substantial, across-the-board improvements in housing affordability. Between 2011 and 2012, the proportion of households spending at least 30 percent of gross income for housing decreased by nearly 2 percentage points and is now lower than at the outset of the Great Recession. Furthermore, affordability improved for renters, mortgagors, free-and-clear homeowners, and for households of all ages. The improvement for renters is particularly notable, as it broke a string of four consecutive years of declining affordability. Also of note was a huge improvement in affordability among young homeowners, as evidenced by a drop of 10 percentage points in the rate of affordability problems among 25-to-34-year-old owners during the last five years.

The findings related to declining homeownership rates reveal the durability of the demand shift from owning to renting that emerged from the housing crisis and Great Recession, even as affordability improved for owner-occupants and as consumers indicate continued preference for homeownership over renting. In addition, rental affordability problems seem to be easing, which means that renters will likely feel less of a squeeze on expenditures for other goods and services and should be better positioned to save for homeownership. The substantial decline in affordability problems among young owner-occupants indicates much better alignment of housing costs with incomes than was the case during the bubble years, which should bode well for homeownership sustainability in the future.

The author thanks Orawin Velz, Xiaolin Xing, and Meiyi Shi for valuable comments in the creation of this commentary. Of course, all errors and omissions remain the responsibility of the author.

The views expressed in these articles reflect the personal views of the authors, and do not necessarily reflect the views or policies of any other person, including Fannie Mae or its Conservator. Any figures or estimates included in an article are solely the responsibility of the authors.