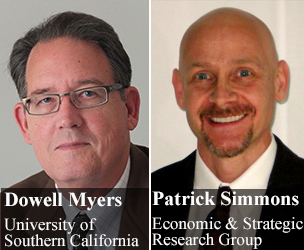 Faltering homeownership rates have become a widespread concern in the aftermath of the housing bust and financial crisis. Young adults have experienced particularly large declines in homeownership, with the homeownership rate of 25- to 44-year-olds plummeting by 10 percentage points over the past decade. While the foreclosure crisis was one obvious cause of the young-adult homeownership retreat, other contributing factors include a slow labor market recovery from the Great Recession, tighter post-crisis mortgage credit, a limited supply of entry-level homes, and long-term social changes such as delayed marriage and childbearing. Given these multiple contributing factors, some of which are more subject to intervention than others, policy makers and housing professionals have struggled to define the role of policy in shaping future homeownership rates.

In an effort to illuminate alternative paths, University of Southern California researchers Dowell Myers, Gary Painter, Julie Zissimopoulos, Hyojung Lee, and Johanna Thunell have produced a series of working papers that disentangle the many factors influencing young-adult homeownership, thereby producing valuable insights into the potential efficacy of various policy levers. The first working paper demonstrated the importance of parental financial transfers in increasing young-adult homebuying, suggesting a potentially significant role for down payment assistance in expanding homeownership. The second paper found that receiving a bachelor’s degree increased the likelihood of homeownership, hinting at the potential impact of education policy. A third paper found that the correlates of homeownership varied under different credit and economic conditions, suggesting that policy interventions need to be sensitive to the market context in which they are implemented.

In the latest and final installment of the working paper series, the authors simulate how future changes in the characteristics of young adults might affect changes in their homeownership rate. The analysis estimates prospective changes between 2015 and 2035 in the prevalence of homeownership among young adults aged 25 to 44, prime ages for first-time homebuying. The simulations place special emphasis on how increases in racial and ethnic diversity and alternative scenarios for future college educational attainment might alter the trajectory of young-adult homeownership. To take into account how alternative market conditions might modulate policy impacts, the authors run their simulations under both a credit- and housing-supply-constrained “post-crisis” market context and also under a more favorable “normal” market context, similar to conditions before the housing bubble.

The simulation results contradict a popular narrative that suggests increasing racial and ethnic diversity will invariably lead to a decline in the young-adult homeownership rate. The authors’ simulations do indicate that increasing minority shares could lead to a decline of between one-half and one percentage point in the young-adult homeownership rate over the next 20 years, but only under the unlikely assumption that education, income, and wealth remain constant within racial/ethnic groups. This assumption is unlikely to materialize because education levels of minorities have been rising steadily, and because income and wealth tend to increase with higher educational attainment. Taking the recent trend of rising education levels (and associated gains in incomes and wealth) into account yields an increase of about 1.5 percentage points in the young-adult homeownership rate over the next two decades, even with the increase in the minority population share.

Although the authors did not simulate any particular policy for enhancing the college educational attainment of racial and ethnic minorities, they did find that completely closing interracial gaps in education could generate an even larger future increase in the young-adult homeownership rate of roughly 2.5 percentage points. Were interracial gaps in income and wealth to close along with gaps in educational attainment, the simulations suggest that young-adult homeownership rates would increase by an even larger six to seven percentage points over the next 20 years.

The simulated education-related gains in young-adult homeownership are impressive and reinforce the authors’ earlier finding of the key role of a college education in achieving homeownership. However, rising education levels – even in the case where the minority-white college education gap closes completely – would only partially reverse the steep decline in young-adult homeownership witnessed after the housing bust. The simulations indicate that this would be true regardless of whether advances in education occur in a post-crisis or “normal” market context.

Furthermore, the simulations, which are focused on the role of demographic change and increasing education levels on future homeownership paths, do not attempt to predict how much the young-adult homeownership rate would be boosted by a change in the market context itself. Were credit access and housing supply to return to the more normal levels that existed prior to the housing bubble, it is likely that the young-adult homeownership rate would rise even more than if it were possible to raise education levels of all race/ethnic groups to at least the level of non-Hispanic whites, and also raise income and wealth levels in a commensurate manner. It would seem, in particular, that improvements in credit access could be more attainable than reducing housing supply restrictions across a multitude of jurisdictions or eliminating interracial differences in education, income, and wealth.

Whether intervention comes in the form of raising education levels to close interracial gaps in educational attainment or of policies more directly related to housing, such as providing down payment assistance, encouraging increased housing supply, or expanding access to mortgage credit, increasing the homeownership demand of young adults will become very important as aging Baby Boomers begin to vacate the vast stock of owner-occupied homes that they currently inhabit. Their inevitable departure from owner-occupancy will create a much larger generational succession in the housing market than ever seen before, and an intergenerational hand-off that sustains home values will require much larger demand from younger adults. The fates of the generations are tied together, and so far the young are lagging behind.

The authors thank Gary Painter, Julie Zissimopoulos, and the other members of the project research team for their work on this study. The authors also thank Mark Palim for his valuable comments on the Working Paper upon which this Perspectives is based. Of course, all errors and omissions remain the responsibility of the authors.

Opinions, analyses, estimates, forecasts, and other views of Fannie Mae's Economic & Strategic Research (ESR) Group included in these materials should not be construed as indicating Fannie Mae's business prospects or expected results, are based on a number of assumptions, and are subject to change without notice. How this information affects Fannie Mae will depend on many factors. Although the ESR Group bases its opinions, analyses, estimates, forecasts, and other views on information it considers reliable, it does not guarantee that the information provided in these materials is accurate, current or suitable for any particular purpose. Changes in the assumptions or the information underlying these views could produce materially different results. The analyses, opinions, estimates, forecasts, and other views published by the ESR Group represent the views of that group as of the date indicated and do not necessarily represent the views of Fannie Mae or its management.