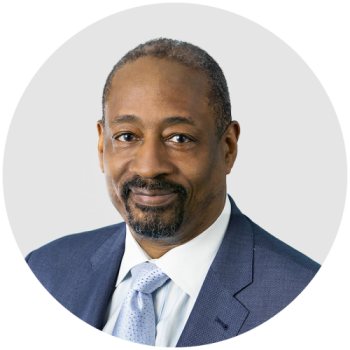 Let's start with some hard facts:

America's housing history, like so much of our past, is also a history of Black people. Where and how Black families lived in the United States – and, often, where they were forced to live – has shaped the contours of the United States in profound ways.

To honestly understand this history is a key to understanding the present, and in particular the wide disparities in wealth and economic wellbeing between white people and people of color, especially Black people. Understanding this past is also important to understanding housing finance, the industry in which I've spent my career.

I didn't know it at the time, but discriminatory housing finance practices profoundly shaped the communities where I grew up. I was mostly raised in South Philadelphia, and as a child our family lived in rented public housing near the corner of Tasker and 32nd streets. This corner, as viewed on early government mortgage safety maps, was engulfed in red. In the 1930s, the Federal Homeowners' Loan Corporation redlined my neighborhood, which was (and is) majority Black, deeming it "hazardous" for mortgage lenders. This meant that Fannie Mae, or any of its successors or related government entities, was highly unlikely to provide a mortgage guaranty to a family like mine in that neighborhood when I was a young child.

Expanding the frame a bit, about 30 miles northwest of where I grew up, the modern suburb was being born. In the early 1950s, Levittown, Pa., was developed by William Levitt. Its purpose was to house the exploding middle-class of the Delaware Valley, many of whom worked in factories or other blue-collar jobs, much as my father did. Levittown's success was fueled by affordable, government-backed mortgages taken out by World War II veterans as part of the landmark G.I. Bill. Those mortgages, by the way, were supported by Fannie Mae before it was privatized in the late 1960s.

But my family couldn't move there even if we wanted to. Levittown, like thousands of proliferating suburbs in every city in America at that time, was closed to Blacks.

"If we sell one house to a Negro family, then 90 or 95 percent of our white customers will not buy into the community. This is their attitude, not ours," said William Levitt at the time, justifying his company's use of restrictive racial covenants and other methods to keep people of color out of his suburb.

When Black families did try to move to Levittown in the late 1950s, they were physically attacked by their would-be neighbors.

Let's expand the frame even more. The G.I. Bill, also known as the Servicemen's Readjustment Act of 1944, arguably did more to help create middle-class wealth in this country than any other legislation. In addition to subsidizing college education, it also subsidized mortgages for veterans. But many lawmakers, as well as state and local officials, ensured that Black veterans did not benefit from the G.I. Bill after World War II.

Homeownership helped create wealth for millions of families in 20th Century America that subsequent generations enjoyed in the form of college funds, nest eggs, rainy-day funds, down payments, summer camps. But this isn't true for those who were denied the opportunity to own – and these effects continue to this day. Homeownership denied in previous generations is wealth denied today's generations.

Why do I think this history is important? Because it demands something from us.

My company, Fannie Mae, and the nation's mortgage market are powerful engines of wealth creation. But we are also bearers of a legacy that needs to be reckoned with. And acted upon.

Fannie Mae's work to knock down barriers people face in their housing journey every day of their lives, especially Black people, is rooted in the creed of our mission, and is being realized through action. Real results will take time, and collaboration among players across the housing ecosystem. But knocking down the barriers erected by our history requires more than what we, collectively, are doing now. Much more.

All of which is to say: We have work to do.

With persistence, patience, and partnership, together the housing and mortgage industries can make a future far different than its history, one that generations of tomorrow will celebrate. As the great Maya Angelou once wrote, "History, despite its wrenching pain, cannot be unlived, but if faced with courage, need not be lived again."