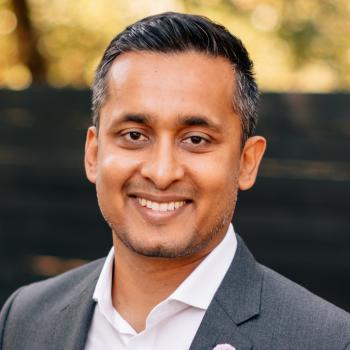 Addressing climate change is a significant challenge. Recent years have seen frequent and severe natural disasters in the U.S., including floods. The frequency and intensity of major natural disasters pose risks for all stakeholders in the housing system, including homeowners, renters, lenders, investors, and insurers.

Recently, Fannie Mae conducted a national survey of homeowners and renters in the U.S. to better understand consumer awareness, understanding, and attitudes toward flood risk, flood insurance, and related resources. More than 3,500 people nationwide responded to the survey, with participants selected from and representative of areas with varying levels of flood risk. The survey focused on three categories of flood risk: high-risk 1 (100-year flood zone/SFHA), medium-risk2 (500-year flood zone/moderate risk), and adjacent areas3.

Awareness of flood risk and insurance remains low for many individuals

Overall awareness of flood risk is low, particularly for those in high-risk zones
The initial signs are encouraging as 84% of respondents were aware that FEMA establishes flood maps and 50% claimed to have reviewed their flood maps. However, additional questions revealed that survey respondents have an overall low understanding of flood risk and flood insurance despite reporting general familiarity with both these topics. Flood risk understanding is low for those in high-risk zones even though these homeowners, due to their locale, are more likely to have had direct or indirect experience with flooding and are required to carry flood insurance if they have a mortgage backed by Fannie Mae, Freddie Mac, FHA, VA, or USDA.

For instance, slightly under 40% of the survey respondents who are in a high-risk zone accurately identified themselves as living in that zone. Furthermore, despite being required to have flood insurance if they have a mortgage, nearly 40% of respondents in a high-risk zone claim they do not have insurance because they do not live in a high-risk zone. A potential reason for the disconnect could come from the fact that flood insurance is sold separately from their homeowner's insurance (often through a different insurance agent or from a different company than their homeowner's policy). Insurance is also often escrowed along with the mortgage payment, and individuals may not notice these payments. Even if the borrower has flood insurance, the NFIP mandates the use of the flood zone "letters" (e.g., AE or V), versus more common language (e.g., high risk) in official communications, and that might obscure the level of risk for consumers.

Awareness of FEMA's NFIP and their own individual flood insurance coverage is poor
Consumers' familiarity with FEMA's National Flood Insurance Program (NFIP), and their own individual flood insurance coverage, is also low. Only about 54% of the respondents in high-risk zones claimed awareness of the NFIP, and the scores were lower across the other two zones. Furthermore, even though the NFIP is the primary source of flood insurance in the market (covering more than 90% of the market), only 53% believe their insurance policy is provided through the NFIP. Third-party brokers who provide insurance on behalf of FEMA could be a reason for the lower awareness, as consumers might mistakenly believe their broker provides the coverage. Additionally, only 44% of high-risk zone respondents, where insurance is mandatory for government-supported loans when the property is in an SFHA, claim to have flood insurance. Finally, for those individuals with flood insurance, 23% of respondents do not know what their policy covers. For example, NFIP coverage does not address additional living expenses for an individual displaced from his/her home, and these costs can quickly add up for complex or prolonged repair efforts.

People in medium-risk zones have an outsized perception of safety and are least prepared based on risk profile
Respondents in medium-risk areas were the least informed about flood risk compared with those in high-risk or adjacent areas relative to their risk profile – only ~5% of those in a medium-risk zone correctly identified their risk designation. This group also often had an outsized perception of safety, and they were the least prepared to respond to a disaster based on their flood risk profile. For individuals in this group, only 16% in the medium-risk zone are certain they have insurance, and 16% acknowledge taking preventative measures against future flooding.

People take flood risk and insurance considerations into housing decisions, which presents an opportunity to better inform them

Personal experience with a flood event is not unusual and can lead to high out-of-pocket costs or even debt
Direct experience with a flood event is not isolated. One in eight respondents said they had personally experienced flooding – nearly half of those within the past five years. On average, respondents with flood experience received approximately $39,000 in insurance payouts while out-of-pocket personal expenses were about $7,400. For those with personal expenses, a concerning finding, nearly 20% of respondents needed to borrow money to address damages. Furthermore, flood insurance rarely addresses all damages – only 26% reported that their claim payout completely covered their damages. Nearly the same amount said they had to pay a lot out of pocket. More concerning, approximately 54% of respondents said the current overall cost of obtaining and maintaining flood insurance is a potential barrier to purchasing flood insurance due to affordability concerns. However, in the long run, paying an annual premium may be a good investment for homeowners when compared to the negative financial risk.

Flood risk negatively impacts how people think about future home purchase
Living in a high-risk zone is becoming less attractive for some people. Overall, despite 48% of respondents already saying they have or think they have flood insurance, 56% of respondents claim they 'definitely' or 'probably' would not move to an area where flood insurance is required. In terms of the current state for individuals, a considerable number of people already living in any of the three risk zones said they would want to avoid high-risk zones for their selection of a future home. The survey also showed that awareness of flood risk may influence their future home purchase expectations. Approximately 78% of all respondents said they 'definitely' or 'probably' would not move to an area with high flood risk. Of that, 72% of people in high-risk areas and 82% of people in medium-risk areas said they would not move to a high flood risk area.

Floods can be devastating for so many communities, especially for underserved communities and consumers without flood insurance coverage. The results of this survey indicate there are opportunities to educate homeowners and homebuyers about the risks of flooding. There are also opportunities to address consumer perceptions and behaviors to help them better understand the financial risks associated with flood events. Additionally, if consumers increasingly prefer homes that are less prone to flood risk, it may spur retrofitting or other community resiliency actions to mitigate risk.

There is more the housing industry, government institutions, and other stakeholders can do to increase communication and access to reliable information on flood risk, and to make it easier for consumers to make informed choices about whether flood insurance is right for them. We will continue to seek opportunities to learn more about this topic through additional nationwide research, as well as targeted studies on underserved communities. Furthermore, we believe that improving risk communications to consumers is critical, and will look for ways that we, and others, can contribute to informing consumers about their risk.

Fannie Mae recently updated the KnowYourOptions.com website to provide reliable resources for consumers, and we remain committed to helping homeowners and renters with information, services, and products to navigate the impacts of a changing climate.

The author thanks Steve Deggendorf, Tim Judge, Sarah Truman, Akash Karlapudi, Clark Poland, Michael Lacour-Little, Ying Pan, Mark Palim, and Alex Farley for valuable contributions in the creation of this commentary and the design of the research. Of course, all errors and omissions remain the responsibility of the author.

1 A property is designated to be in a high-risk zone if its associated FEMA flood zone starts with "A" or "V." Collectively these zones are referred to as Special Flood Hazard Areas and are associated with NFIP requirements.

2 A property is designated to be in a medium-risk zone if the property is not in a high-risk zone but has substantial risk according to available sources, namely:

3 A property is designated to be in an adjacent-risk zone if its distance to the nearest water body is less than 1,500 feet AND the point elevation of the property is less than 30 feet. Adjacent rating excludes properties already included in high- or medium-risk. Due to the complexities of flood zone shapes, proximity to a waterbody may or may not also indicate proximity to a 100-year or 500-year flood zone.

Flood risk, inland or coastal, is one of the most immediate concerns related to a changing climate for households. The Federal Emergency Management Agency (FEMA) is the primary source for flood hazard identification, categorizing flood hazard in tiers based on likelihood of occurrence. FEMA also administers the National Flood Insurance Program (NFIP), the primary source of flood insurance for most consumers. Fannie Mae requires loans to have flood insurance on properties located in FEMA-defined high-risk zones, which are called Special Flood Hazard Areas (SFHAs).