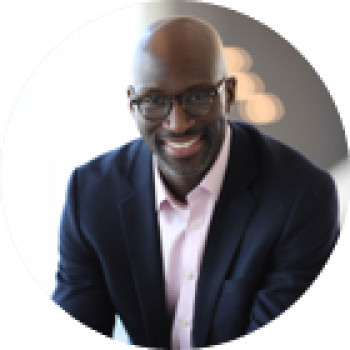 Over the past year, social unrest and the pandemic have cast a glaring spotlight on the persistence of systemic racial and socioeconomic inequity, including the widening wage gap between White and People of Color households. For most of America, sustainable homeownership has been a main driver of generational wealth accumulation. However, laws mandating segregation, and policies and practices such as redlining, which prevented Black homebuyers from accessing credit for home and business mortgages, created inequitable access to homeownership and the financial rewards accompanying it. As a result, we must take action to address an enduring legacy of societal ills:

While the country is rapidly becoming more diverse, the housing industry is not. And it is imperative that the industry reflect the country it serves to more effectively address the inequities that have disadvantaged far too many. According to statistics compiled by the Brookings Institute, as of 2019, Whites, Hispanic or Latino, Blacks, and Asian Americans currently represent 60.1%, 18.5%, 12.5%, and 5.9% of the U.S. population, respectively. In comparison, our industry is 71.6% White, while Hispanic or Latino, Blacks, and Asian Americans represent 9.1%, 7.5%, and 9.4%, respectively.

From 2000-2019, the housing industry workforce increased by 66%, yet the representation of Hispanic or Latino and Blacks only increased by 5% and 1.98%, respectively.

If the housing industry falls victim to what Dr. Martin Luther King Jr. once described as the "tranquilizing drug of gradualism," it will take 114 years for the industry to mirror the diversity of our nation. Consequently, doing nothing is not an option.

So how do we respond to a challenge that could take more than a lifetime to fix? First, we must acknowledge that the status quo is unacceptable and second, we must act with intentionality.

It is daunting to take on a representation gap so huge that it would take over a century to close without intervention. By joining Future Housing Leaders, companies in the housing industry can leverage the program as an additional tool to diversify their organizations. While this undertaking is not an easy feat, it is exciting to tackle this challenge with steadfast partners who share Fannie Mae’s commitment to promoting diversity, equity, and inclusion. If we succeed, our efforts will have a resounding impact on the housing industry, homebuyers and renters, and the careers of Future Housing Leaders participants. Your involvement in Future Housing Leaders is not only the right thing to do, it’s the smart thing to do.