Payroll Employment Falls by Most Since 2009, Unemployment Rate Jumps by Largest Amount in 45 Years

The unprecedented one- and two-week surge in UI claims is greater than any in the history of the series. The additional surge in UI claims is a direct result of the ongoing COVID-19 outbreak, which is severely constraining economic activity and leading to a deteriorating employment situation for an increasingly large portion of the workforce. The recent spike in claims indicates greater financial stress for households in March, which corresponded with a sharp drop in consumer confidence and light vehicle sales, suggesting solidly negative consumer spending in the first quarter. The narrowing of the real goods trade deficit due to a sharp decline in imports suggests that trade could add to growth in the first quarter, particularly as consumer sentiment and demand declines further, which would likely lead to a subsequent decrease in the amount of goods imported.

The March jobs report reflected the first wave of job losses from the ongoing COVID-19 pandemic. As expected, service-providing sectors made up the vast majority of job losses this month, as social distancing measures aimed at avoiding infection severely curtailed demand and kept people home. The data collection period for this month’s jobs report predated the bulk of announced school and business closures, suggesting this report likely fails to capture the true extent of the recent decline in economic activity.

For housing, the increase in pending home sales in February is likely misleading, given that many of these pending sales may have been canceled in the early weeks of March as shutdowns and stay-at-home orders spread across the country. However, it does highlight once again that housing was in a position of strength before the escalation of the coronavirus. 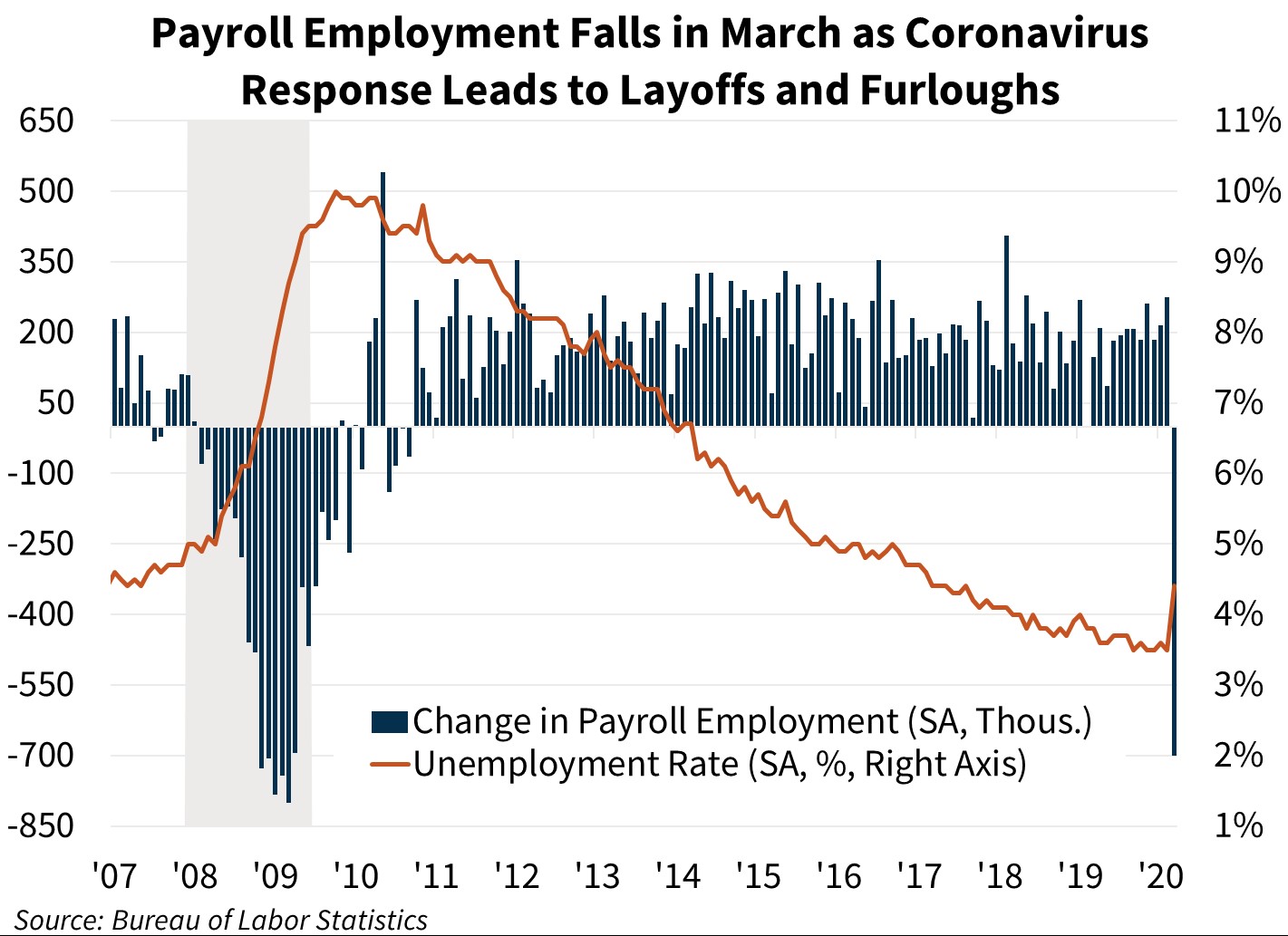 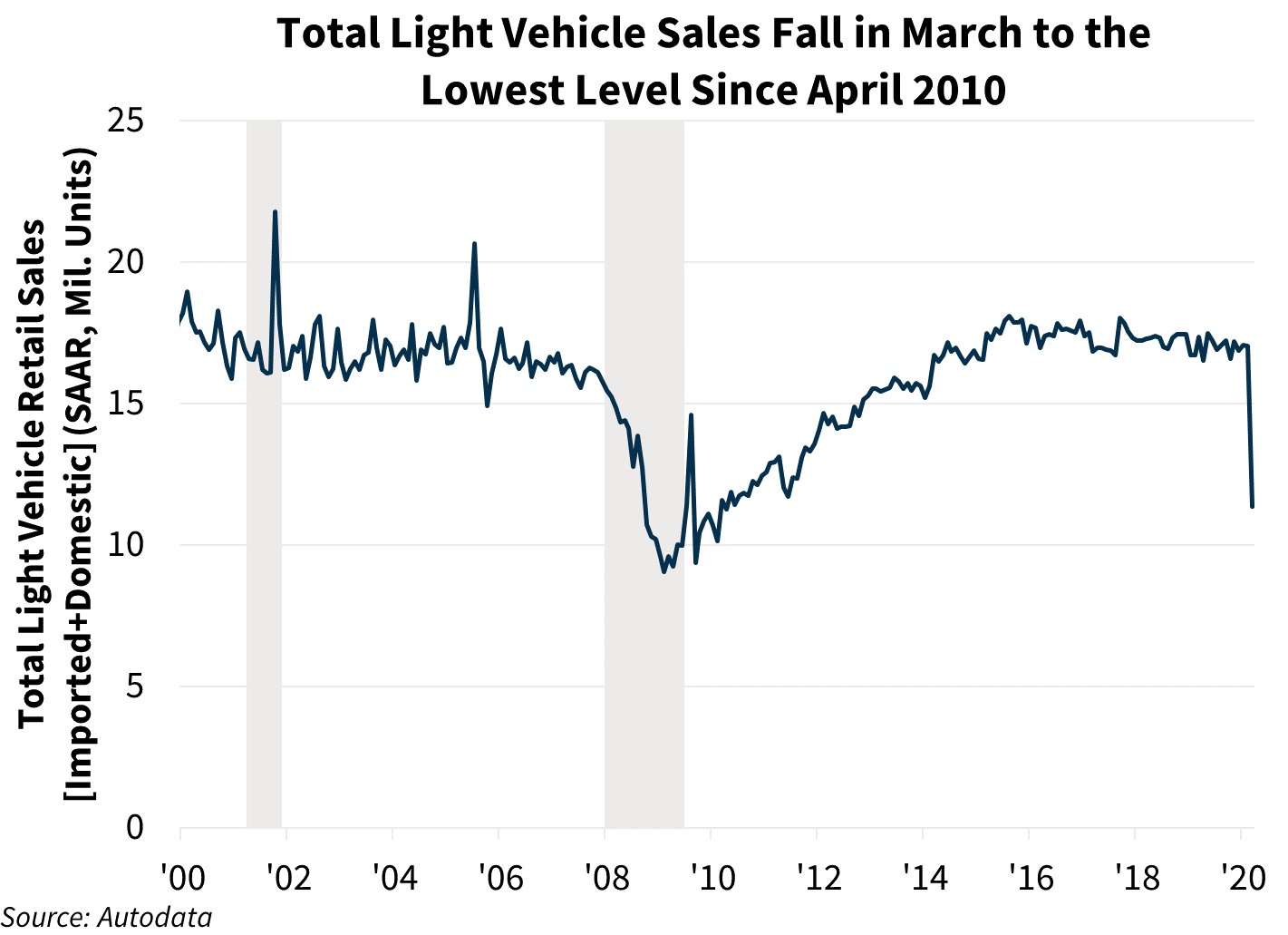