Economic Growth and the Labor Market Continue to Steam Ahead

The preliminary estimate of Q3 GDP growth surprised to the upside, two-tenths higher than our October forecast, in significant part because inventory growth was stronger than we expected. We expect to reduce our forecast of Q4 inventory growth accordingly, and we maintain our view that full-year 2019 growth will come in around 2.2 percent. While the strong October jobs report supports the FOMC’s more muted appetite for future rate cuts, we maintain our expectation that the FOMC will implement one more rate cut in early 2020 based on stubbornly low inflation and persistent potential downside shocks. 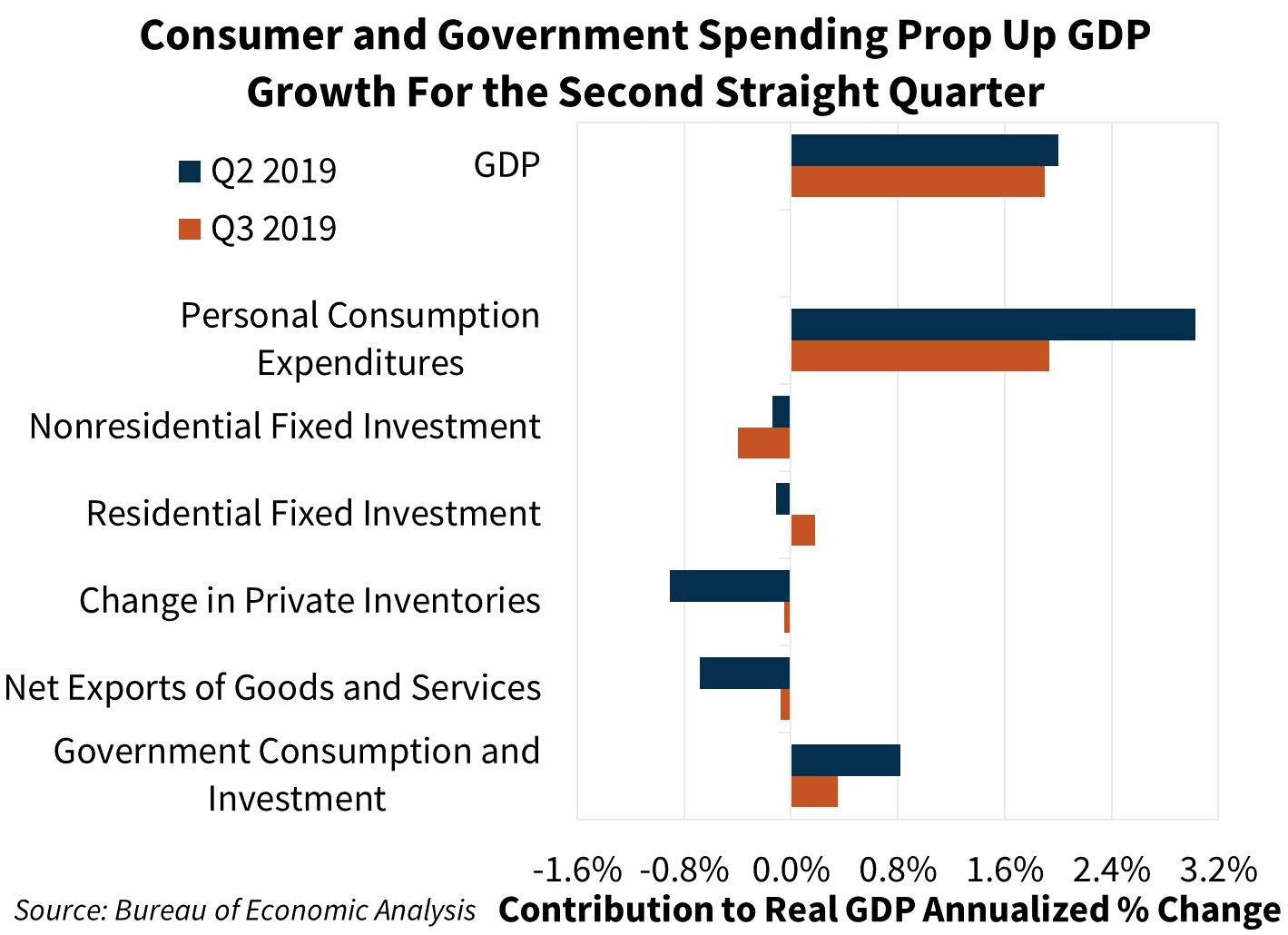