The August jobs report gave some mixed signals on the ongoing labor market recovery. While payroll employment growth has averaged 2.7 million per month since April’s trough, total nonfarm employment is still 7.6 percent below February’s peak, reflecting the dramatic and sudden depth of this recession. Meanwhile, the household survey painted a rosier picture of the labor market, suggesting there were close to 3.8 million additional employed persons in August; however, the household survey tends to be more volatile, given its significantly smaller sample size. Light vehicle sales, one of the earliest indicators of consumer spending, posted a solid gain in August, albeit decelerating from the prior months, and continued to support our expectations of a strong rebound in consumer spending in the third quarter. While Q2 nonfarm business productivity was revised upwards, the underlying details still showed a sharp decline in both total hours worked and total output, though we believe this relationship will likely return to a more “normal” level as the labor market continues to recover through the third quarter. The manufacturing sector started the third quarter on a positive note as factory orders and shipments both increased in July. The trend likely continued as measures of activity in the manufacturing and service sectors expanded in August, with the measures of activity now surpassing or near early-2020 levels. We continue to believe that nonresidential fixed investment will turn positive in the third quarter, which would be the first positive quarter in a year. Housing data continue to come in strong and the increase in construction spending in July supports our expectation for a sharp rebound in residential investment in the third quarter. 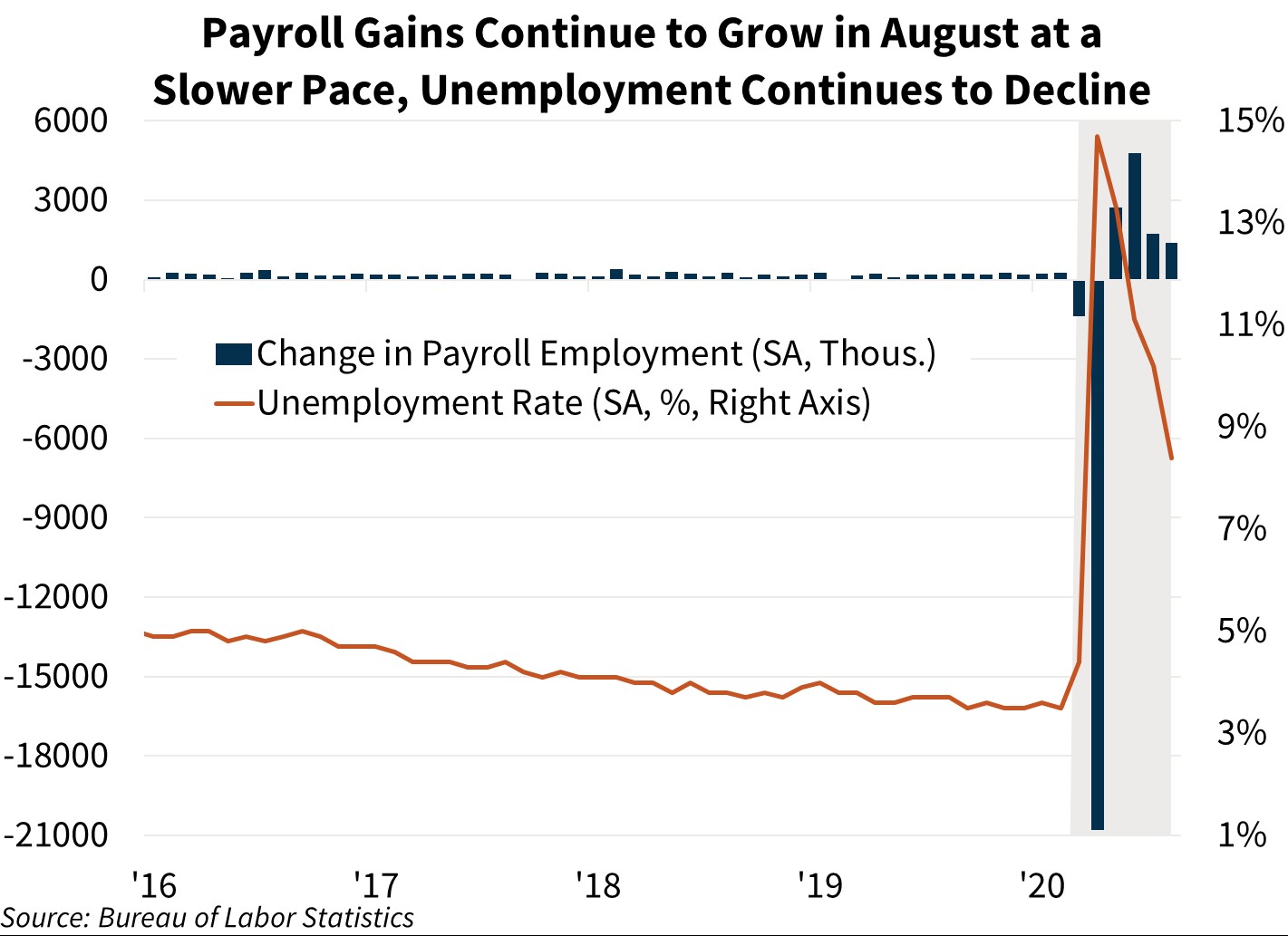 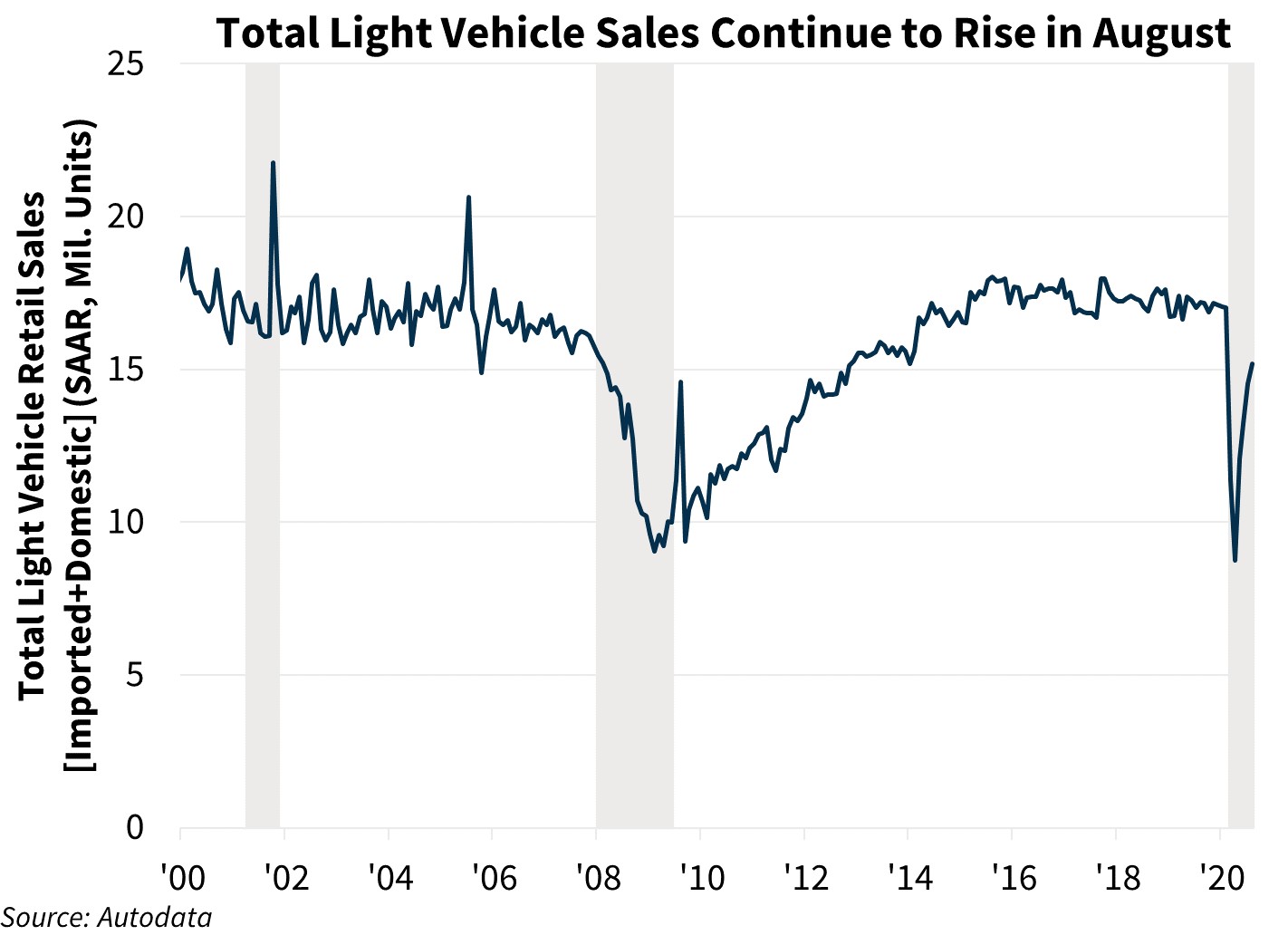