Housing Activity Falls Sharply in April, Though There Are Signs of a Rebound

Economic data continued to deteriorate in April, supporting our current forecast of a decline in GDP growth of almost 40 percent annualized. The LEI also seemed to indicate a significant contraction, though supportive monetary and fiscal policies appear to be keeping some aspects of the economy afloat. Despite the weak incoming data, there are glimmers of a rebound in coming months. New orders of core capital goods and consumer goods were positive contributors to the LEI, potentially signaling an increase in orders in anticipation of states beginning to reopen. April’s existing sales reflect contract signings that occurred in March or even February, before the majority of COVID-19-related social distancing measures went into effect, suggesting sales are likely to fall further in May. However, mortgage applications and other high frequency data show that homebuying interest has posted a surprisingly quick recovery in recent weeks, suggesting a near term trough in sales and perhaps a solid recovery beginning in June. If this trend is sustained, we would likely have to increase our expectations for home sales in the coming quarters. There is a similar dynamic in new home construction, as well. While housing starts dropped significantly in April, the May NAHB HMI also points to a rebound in homebuilding activity. As more states begin to reopen and loosen current restrictions, combined with low mortgage rates, we believe construction should begin to stage a recovery, especially if the current level of homebuying interest is sustained through the coming months. 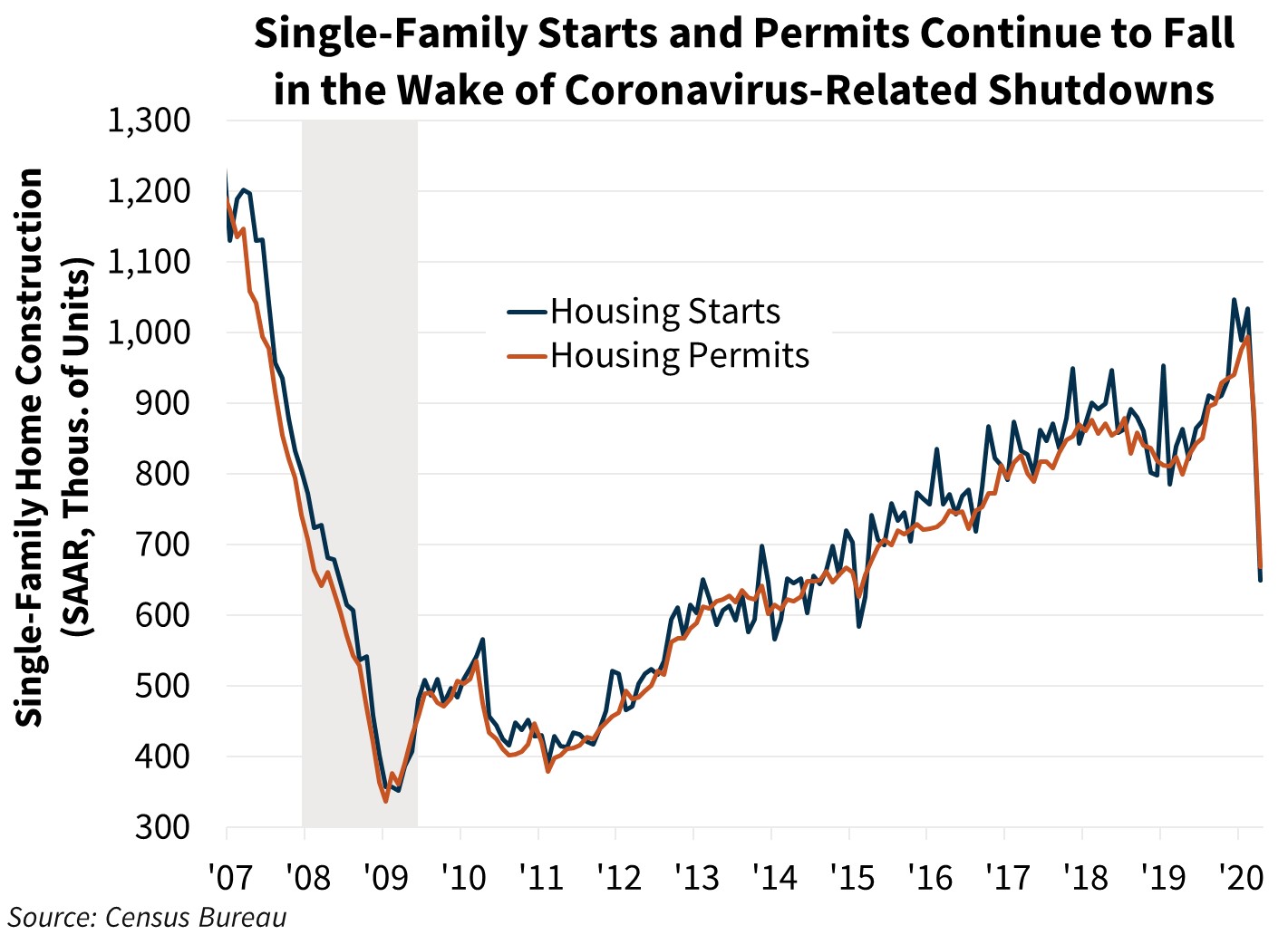 Economic and Strategic Research Group
May 21, 2020