Consumption Poised to Grow as States and Businesses Begin to Reopen

Data from April continue to highlight the vast slowdown in economic activity during the month. While personal income in April jumped by an historic amount, this increase was entirely due to the unprecedented fiscal stimulus policies outlined in the CARES Act, which were designed to combat the effects of coronavirus-related closings. Despite this surge in income, consumer spending fell sharply in April as most businesses remained closed, supporting our expectation of a significant contraction in consumer spending in the second quarter. The decline in core durable goods orders suggests a contraction in business investment in the second quarter, though potentially not as sharp of a decline as the headline number may suggest, as the decline was primarily attributed to a sharp reduction in orders of motor vehicles and defense aircraft. However, there is evidence that supports a rebound of economic activity in the coming months. The historically high savings rate means that some consumers will have the capacity to spend significantly as more states and businesses reopen. The modest rise in consumer confidence and expectations suggests at least some increase is likely. While increased spending in the coming months is unlikely to outweigh the sharp declines seen in April, these datapoints do support our expectation of a partial rebound in the third quarter. While the steep decline in pending sales in April was unsurprising, there are more signs of a recovery in housing. The slight increase in new home sales in April defied consensus expectations, and purchase applications continue to surprise to the upside, rising for sixth consecutive week. This dynamic could simply reflect the temporary effect of historically low mortgage rates plus a shifting of buyers that had planned to purchase in March to a later time period. However, we believe there is a possibility that demand is broader and more resilient than originally expected. It is likely that our forecast for home sales in the coming months will be upwardly revised at least modestly. 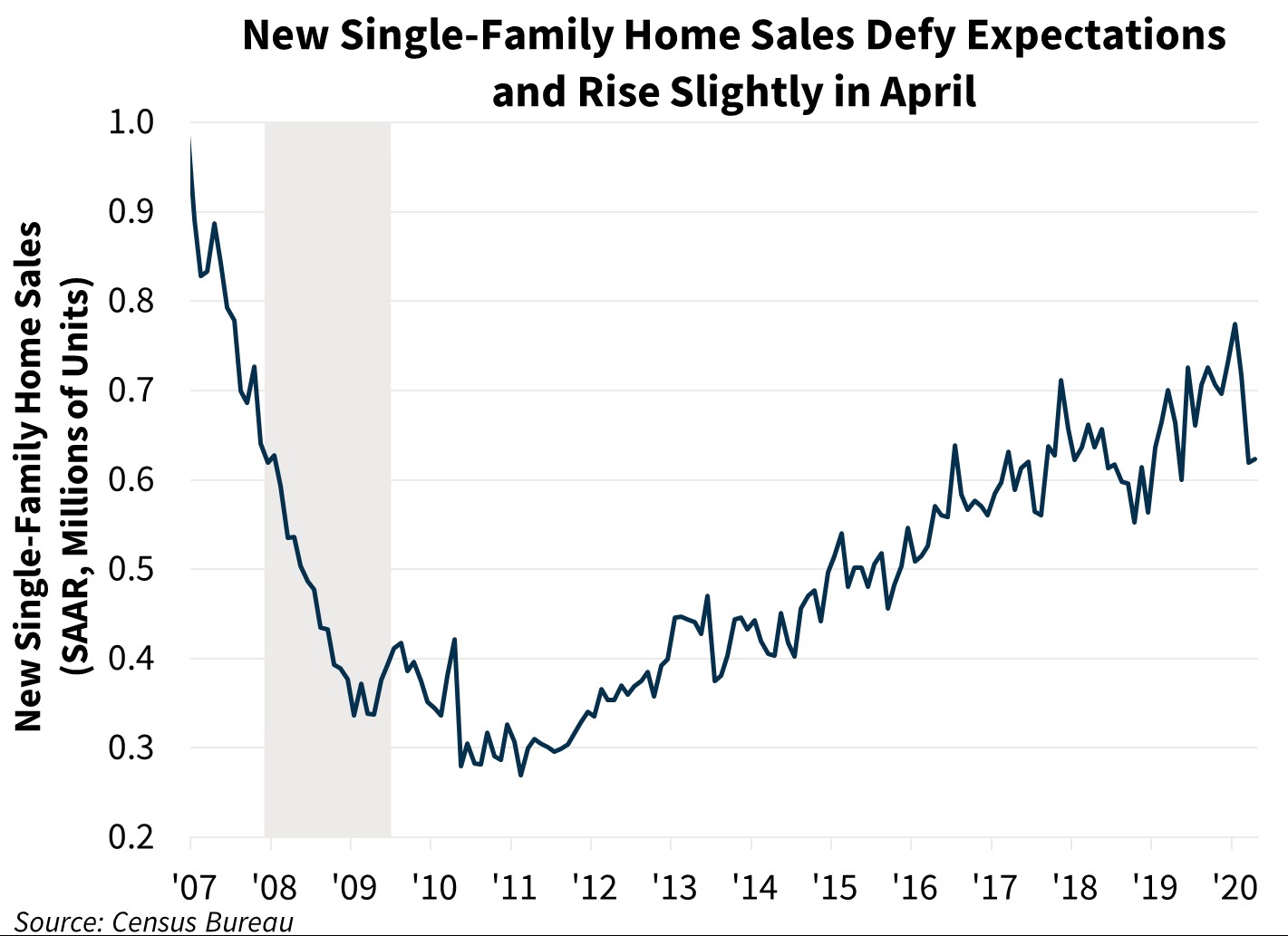 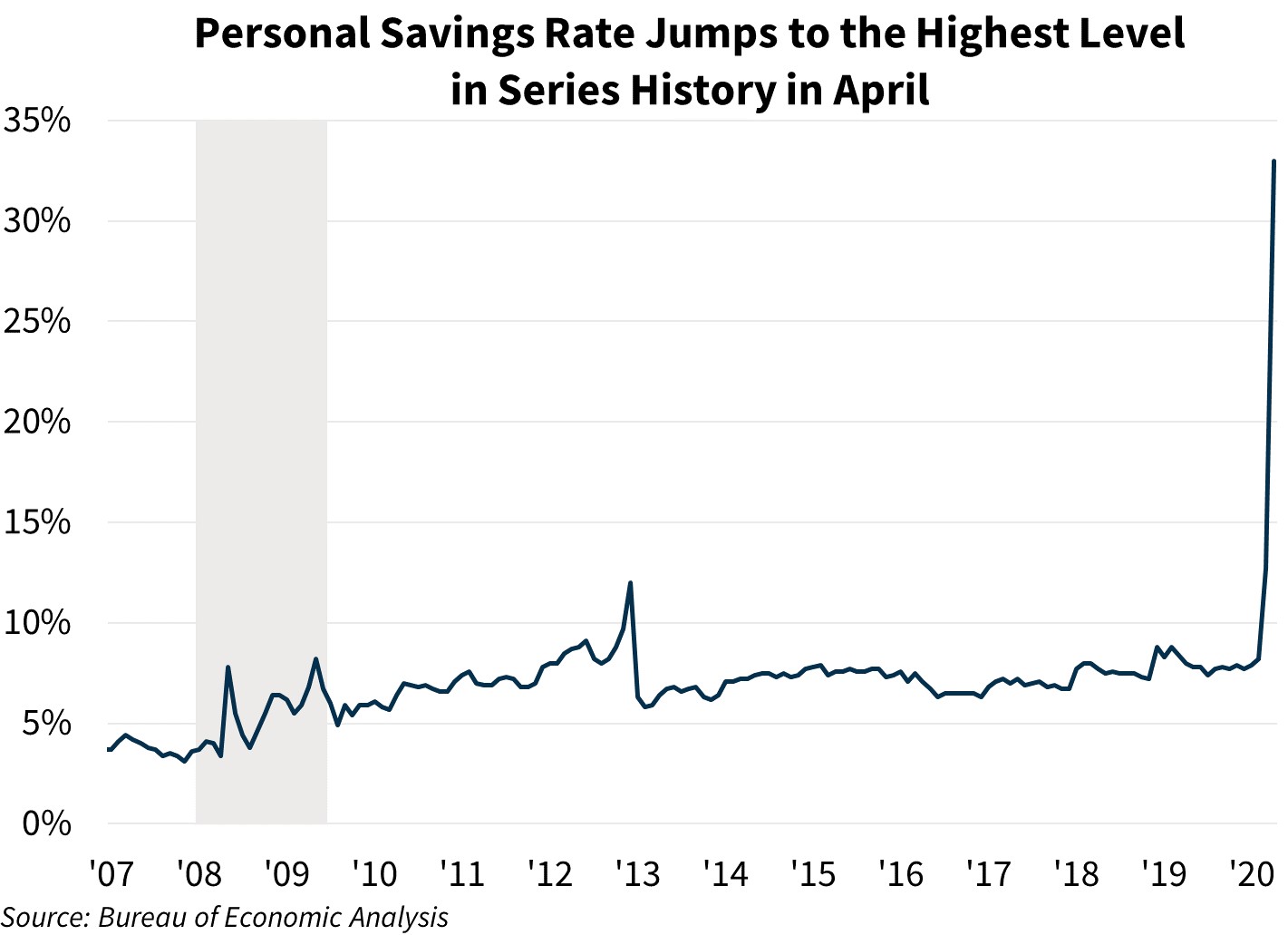