Immigrant Homeowners Hit Hard During the Housing Collapse, but Experience Varies by Country of Birth 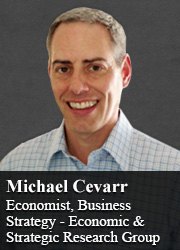 Immigration is an important driver of the increase in U.S. population diversity and growth. Immigrants are key to the rate of workforce growth and will have important effects on housing markets going forward. As immigrants have traditionally been, and will continue to be, a vital source of housing demand, it is important to examine how the recent housing downturn and Great Recession have affected immigrants to gain insight into their potential role in the housing recovery.

In the latest edition of Housing Insights, Fannie Mae’s Economic & Strategic Research Group analyzed data from the Census Bureau’s American Community Survey to focus on the five most populous U.S. immigrant groups who represent nearly half of the foreign-born U.S. population – Mexican, Chinese (including persons from Hong Kong and Taiwan), (Asian) Indian, Filipino, and Salvadoran. The study explores the trends experienced by these groups, including homeownership rates, median home values, and housing-cost burdens, and compares them to those of the native-born U.S. population.

Read the latest edition of Housing Insights to find out how differences in characteristics such as income, citizenship, education, year of entry into the country, and occupation between the native-born and foreign-born populations and among immigrant subgroups may help to explain some of the observed differences in homeowner conditions and trends.

The author thanks, Doug Duncan, Orawin Velz, and Pat Simmons for valuable comments in the creation of this commentary. Of course, all errors and omissions remain the responsibility of the author.