The significant upward revision to business inventories in the third quarter reinforces our forecast of decelerating growth in the fourth quarter as a drawdown in inventories materializes. Slowing growth in PCE will also likely drive decelerating growth in Q4; real consumer spending edged up only modestly in October and the decline in real personal income points to a sharp slowdown in PCE this quarter. Inflation should remain a key concern for the Federal Reserve heading into its December policy meeting as inflation rose only 1.3 percent, well below the Fed’s 2.0-percent target and tying the slowest pace of growth in three years. While new home sales fell slightly in October, the upward revisions to the prior months will likely mean upward revisions to our home sales forecast for the year. However, the decline in pending home sales and consistently constrained inventories of both new and existing homes reinforces our view of slowing sales heading into 2020. 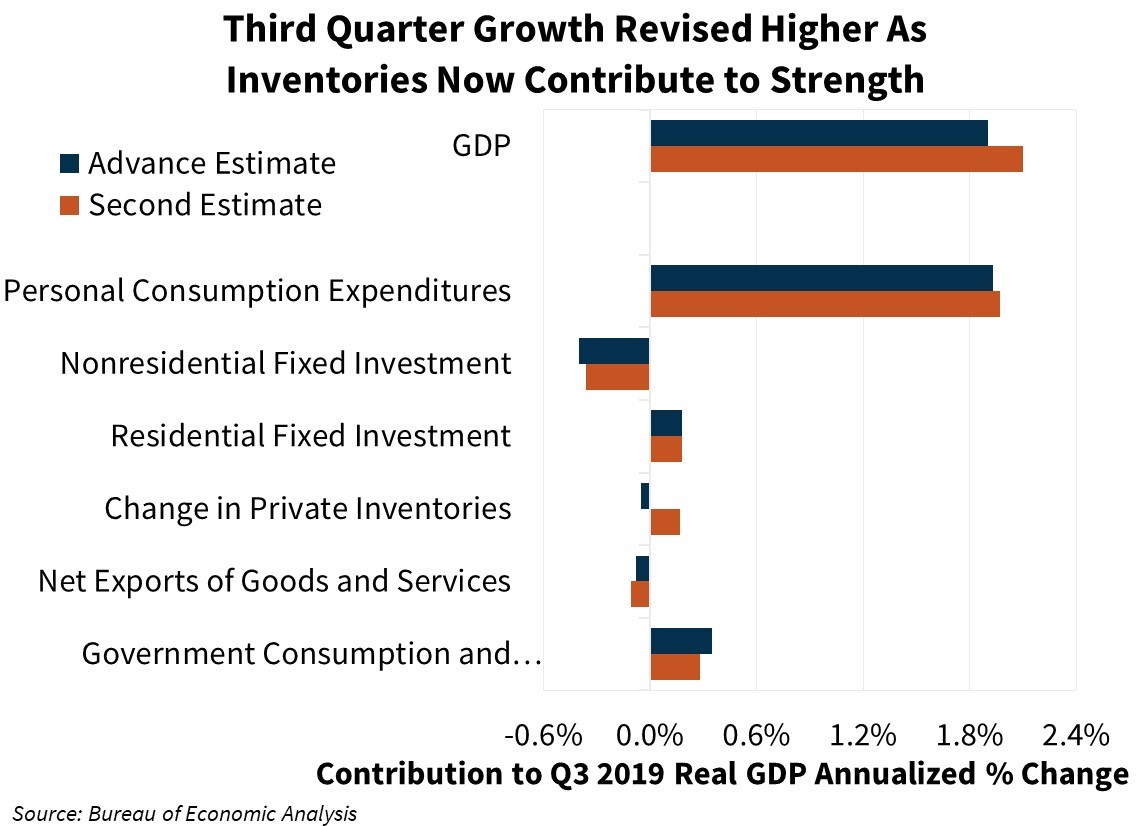 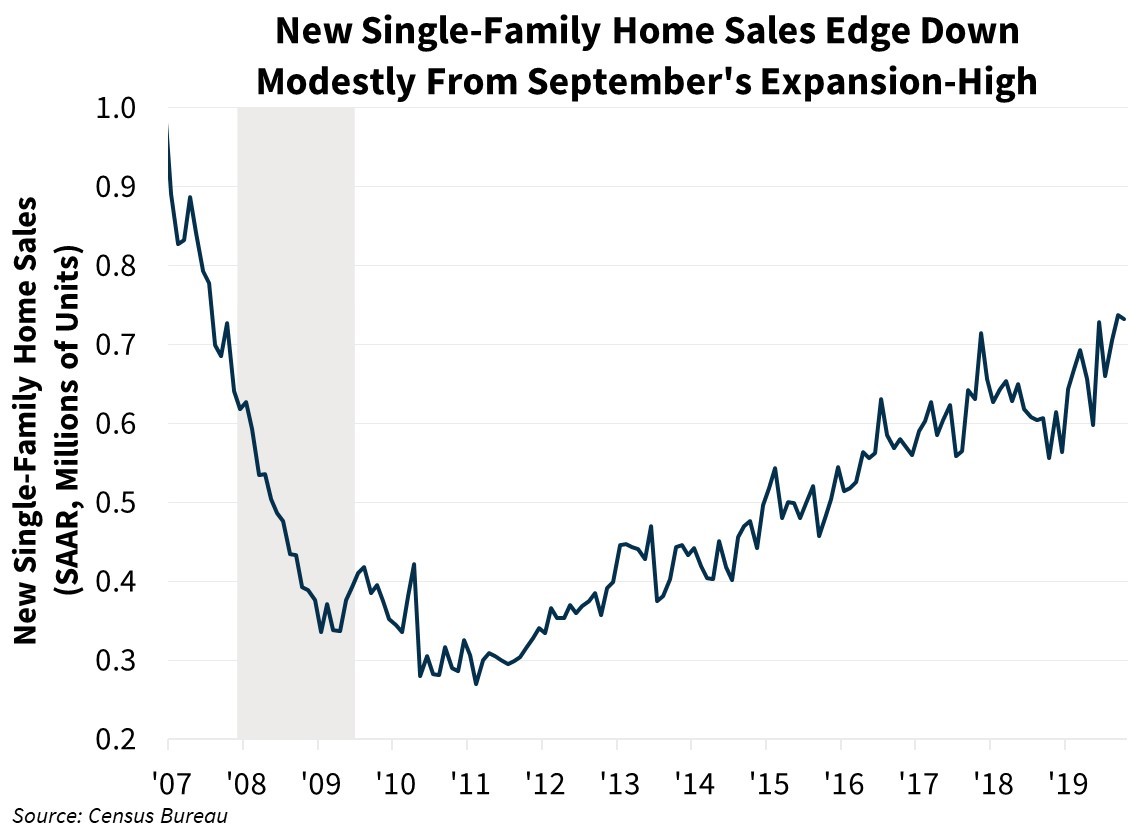 Details on Key Takeaways and Other Releases: