Retail sales continue to underscore the current strength of consumers, suggesting that we may need to increase our December expectations for fourth quarter 2019 consumer spending; on the other hand, industrial production fell for the third time in four months in December, suggesting slightly less business fixed investment in the fourth quarter. Housing starts in December blew consensus expectations out of the water. Permits had been outpacing starts for a few months, so while the number surprised to the upside, we were expecting some amount of catch-up. The warmer weather in December also likely contributed to the increase in construction. This will lead to upward revisions to forecasts of both starts and residential fixed investment moving forward, though we do expect a moderate pullback now that a share of the previously authorized-but-not-started units has been drawn down. 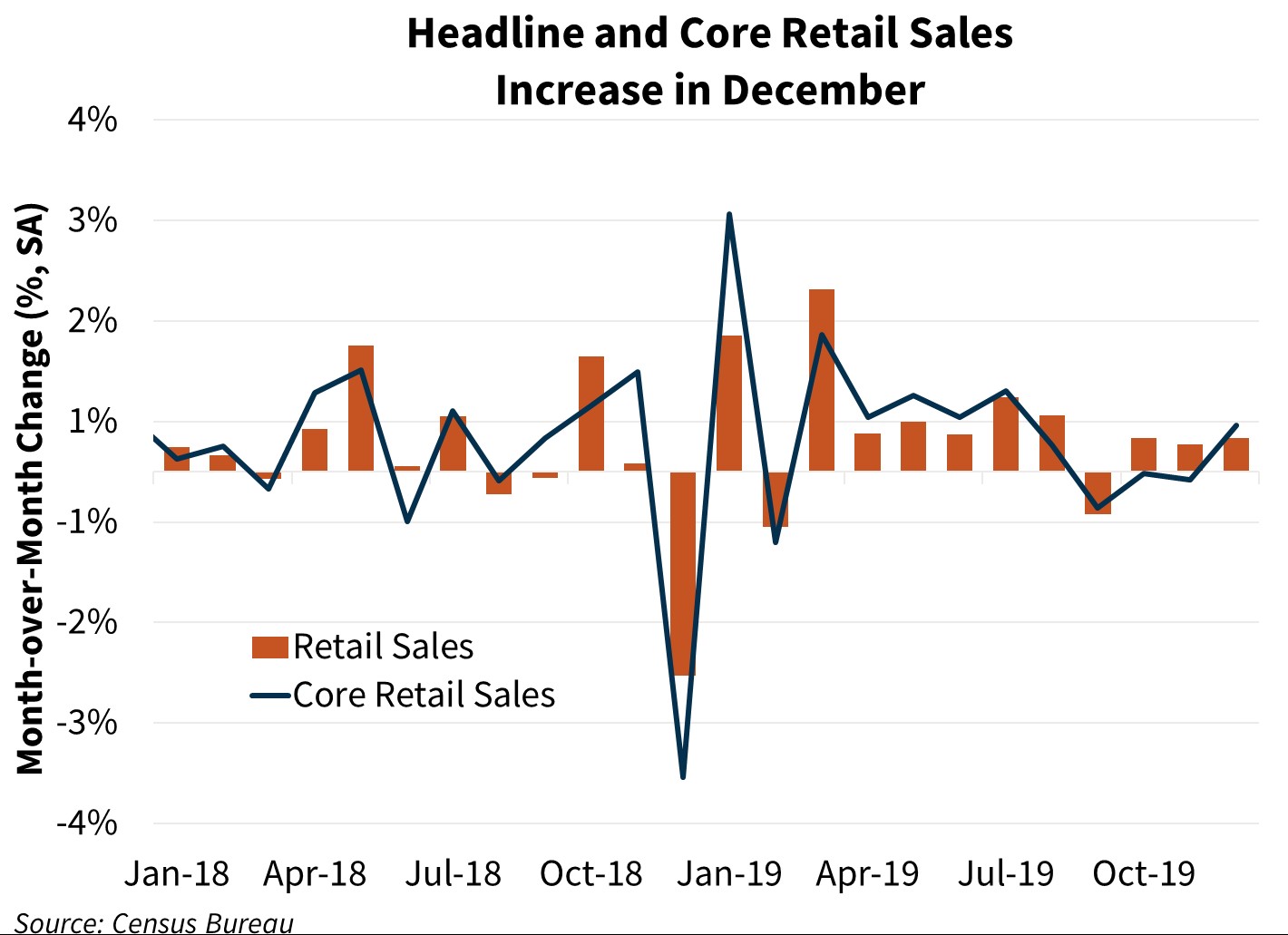 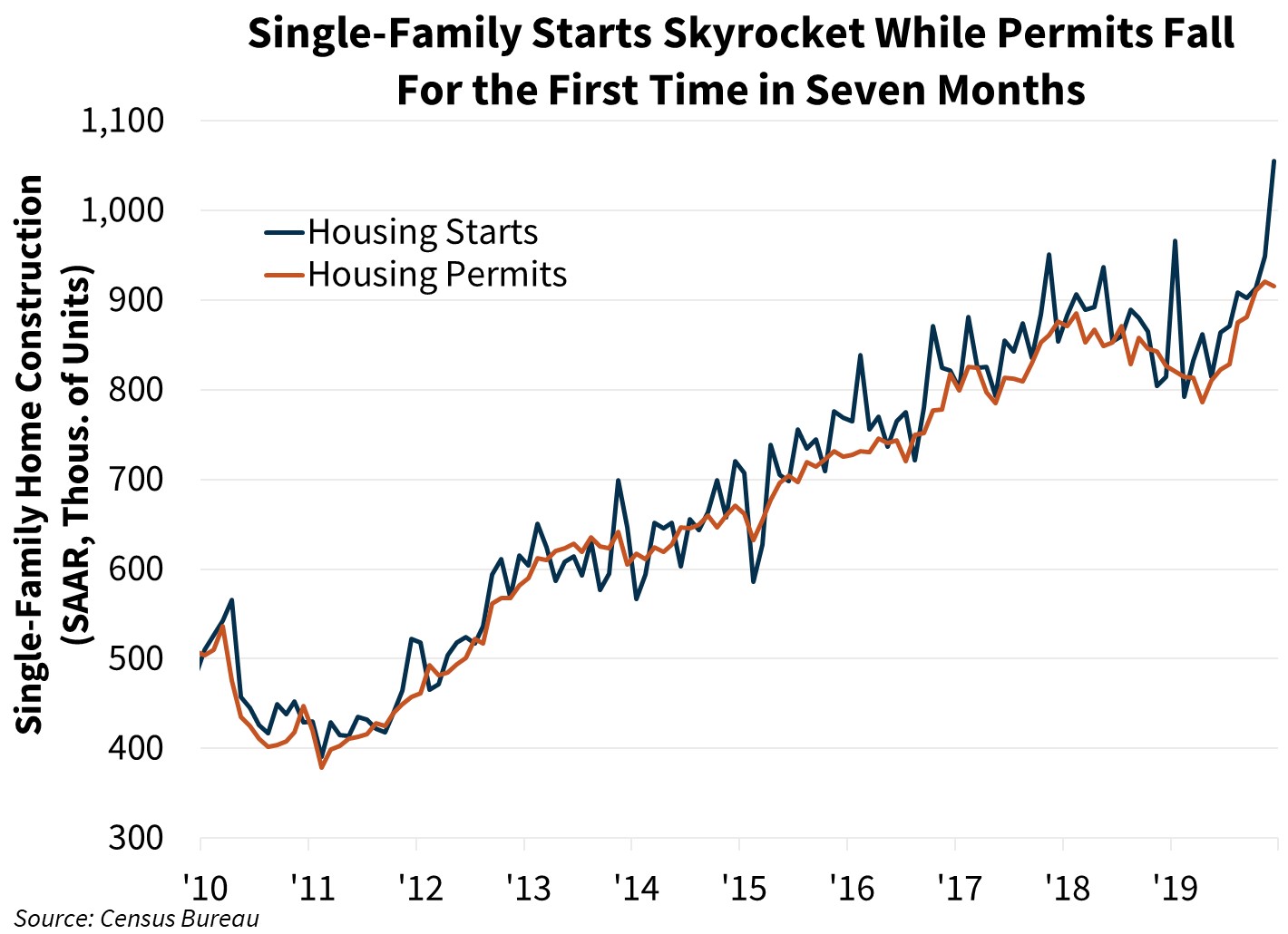