The Fed reemphasized its average 2 percent objective at its September meeting this week, but given stubbornly low inflation over the past decade, we remain skeptical about the effectiveness of the Fed’s shift in policy. The skepticism appeared to percolate even the FOMC as, in the September Economic Projections, members’ median projections for inflation do not reach 2 percent until 2023. Slowing retail sales growth in August is further evidence that the strong economic recovery observed early this summer has likely tempered. The deceleration may be in part due to the expiration of the $600 weekly unemployment subsidy, which expired at the end of July. With the prospect of additional stimulus uncertain, we believe a pullback in consumer spending remains a key downside risk for the fourth quarter. Similarly, industrial production growth decelerated for the second straight month in August. Manufacturing output grew and the sharp drop in mining output was likely temporary as Tropical Storm Marco and Hurricane Laura caused disruptions to oil drilling and gas extraction operations. Housing continues to be the bright spot of the economy. Single-family starts have almost completely recovered back to pre-pandemic levels and, given the robust pace of permits and record-high homebuilder sentiment, we expect will likely continue at a strong rate in the fourth quarter. While the increase in single-family starts was in line with our expectations, we believe upward revisions to the prior two months will likely mean yet another upward revision to our near-term starts forecast. 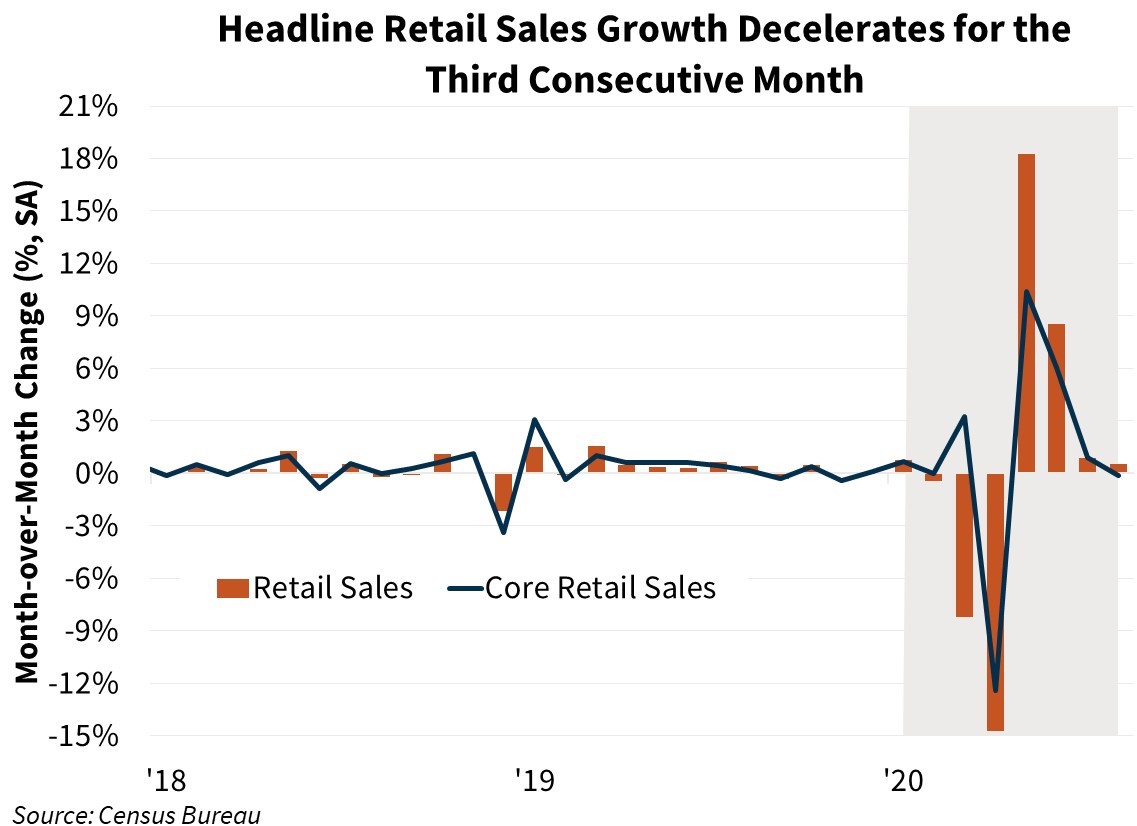 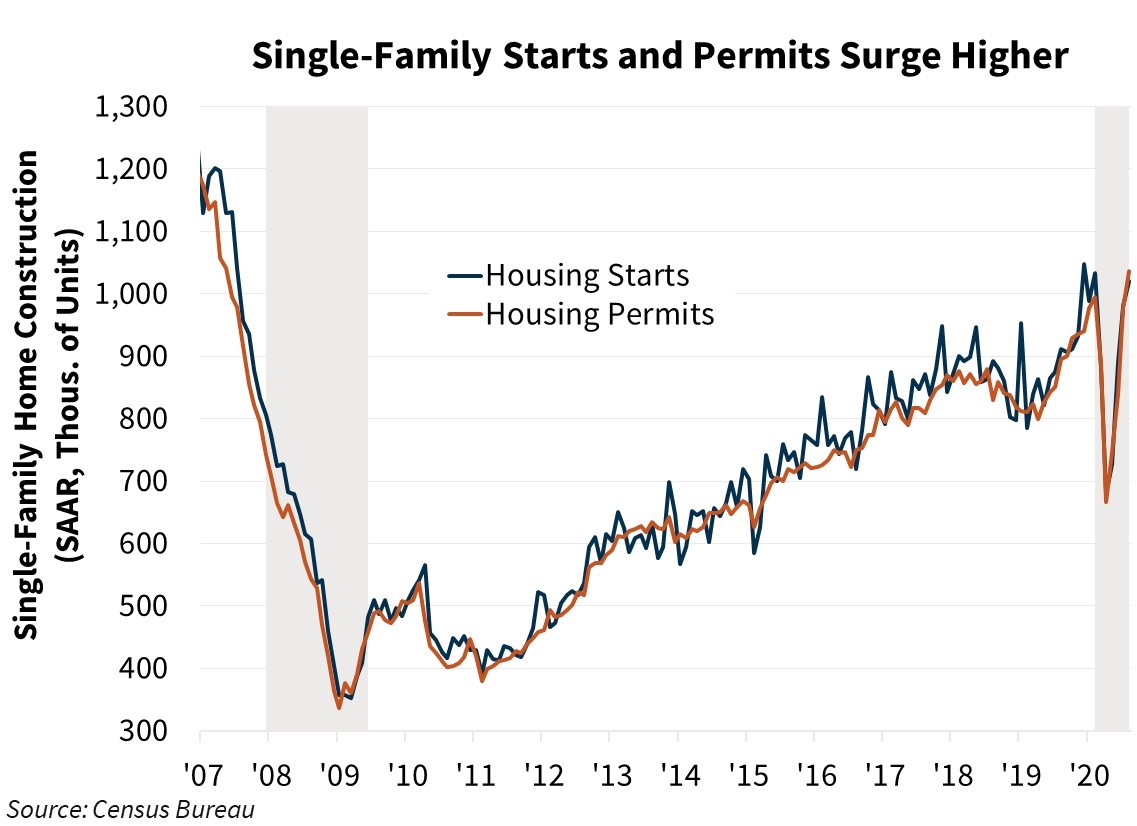