After strong increases at the end of 2019, both housing starts and existing home sales fell in January as expected, though not by the magnitude we forecasted. For housing starts, this may have been a result of the abnormally warm January weather. Single-family permits were stronger than expected to start the year, suggesting greater strength in single-family housing starts over the next few months. Inventories of existing homes remained very tight in January, though strength in the labor market and persistently low interest rates should help keep demand robust. The FOMC minutes highlighted the strength of the macroeconomy, and despite its mention of persistently low inflation and global risks we maintain that the Fed will hold interest rates steady for the remainder of the year. 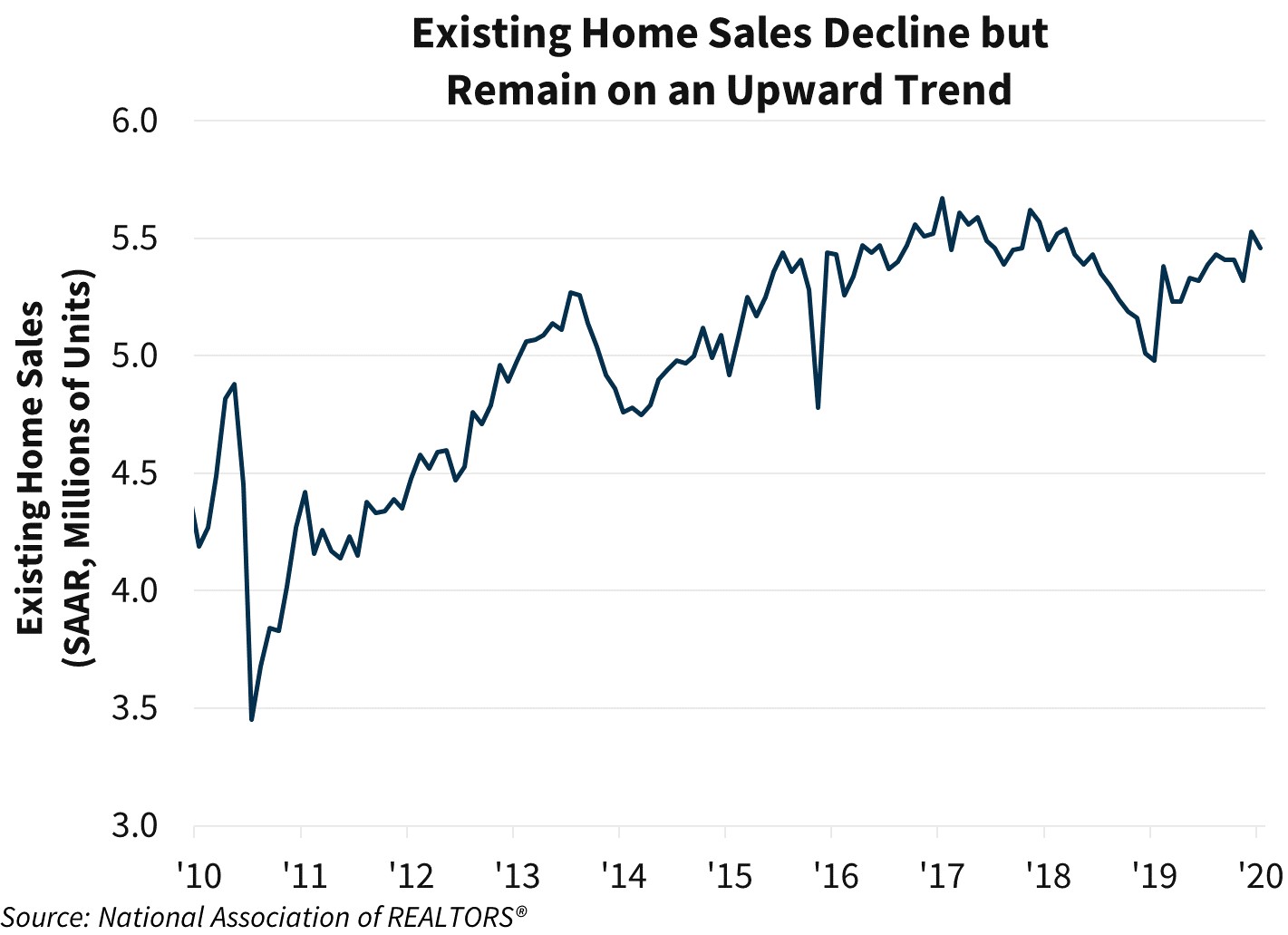