The increase in orders for core capital goods supports our expectations of a rebound in business fixed investment in the third quarter as the economy continued to reopen. The record increase in household and nonprofit net worth in the second quarter also supports our expectation of a substantial rebound in growth in the third quarter, particularly given the record increases in both checking and savings deposits, which we believe should help fuel consumer spending. In housing, data released this week showed impressive resiliency as the housing market continued its “V-shaped” recovery, with total home sales rising to the highest level in 14 years. We believe sales are being propelled by the low mortgage rate environment, along with a shift of the spring buying season into later in the year given the COVID-19 disruption. The increase in purchase applications to the highest level since early 2009 suggests further strength in sales heading into the fourth quarter. Given the greater-than-expected increase in sales along with the previously reported increase in housing starts, we will likely further upgrade our forecast for new home sales and construction for the remainder of the year. While we do expect construction to rise, inventories remain near or at record lows, constraining the amount by which sales can increase. Additionally, we believe rising uncertainty around fiscal and other government policies could erode consumer confidence, which could weigh on the pace of sales. 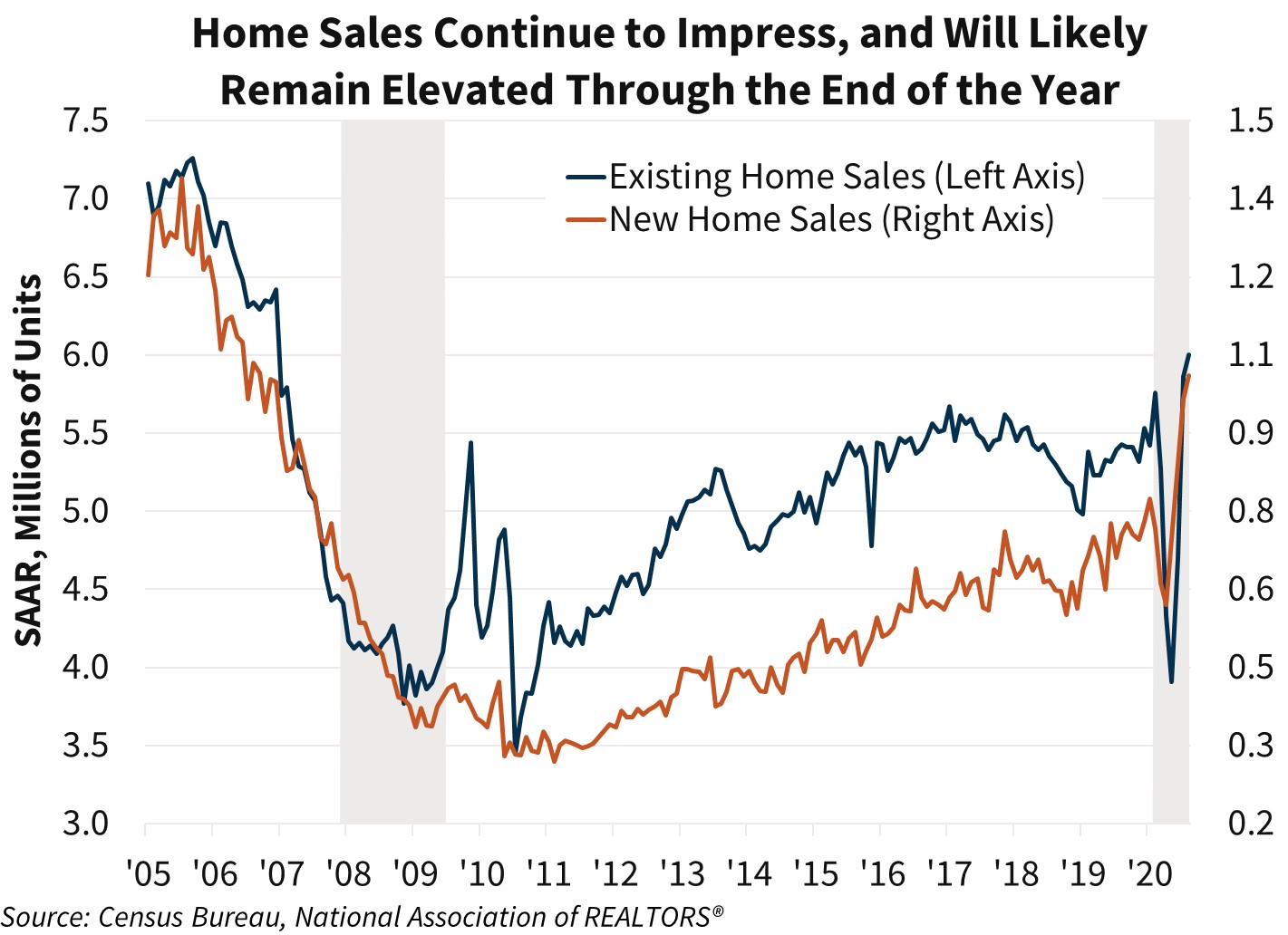 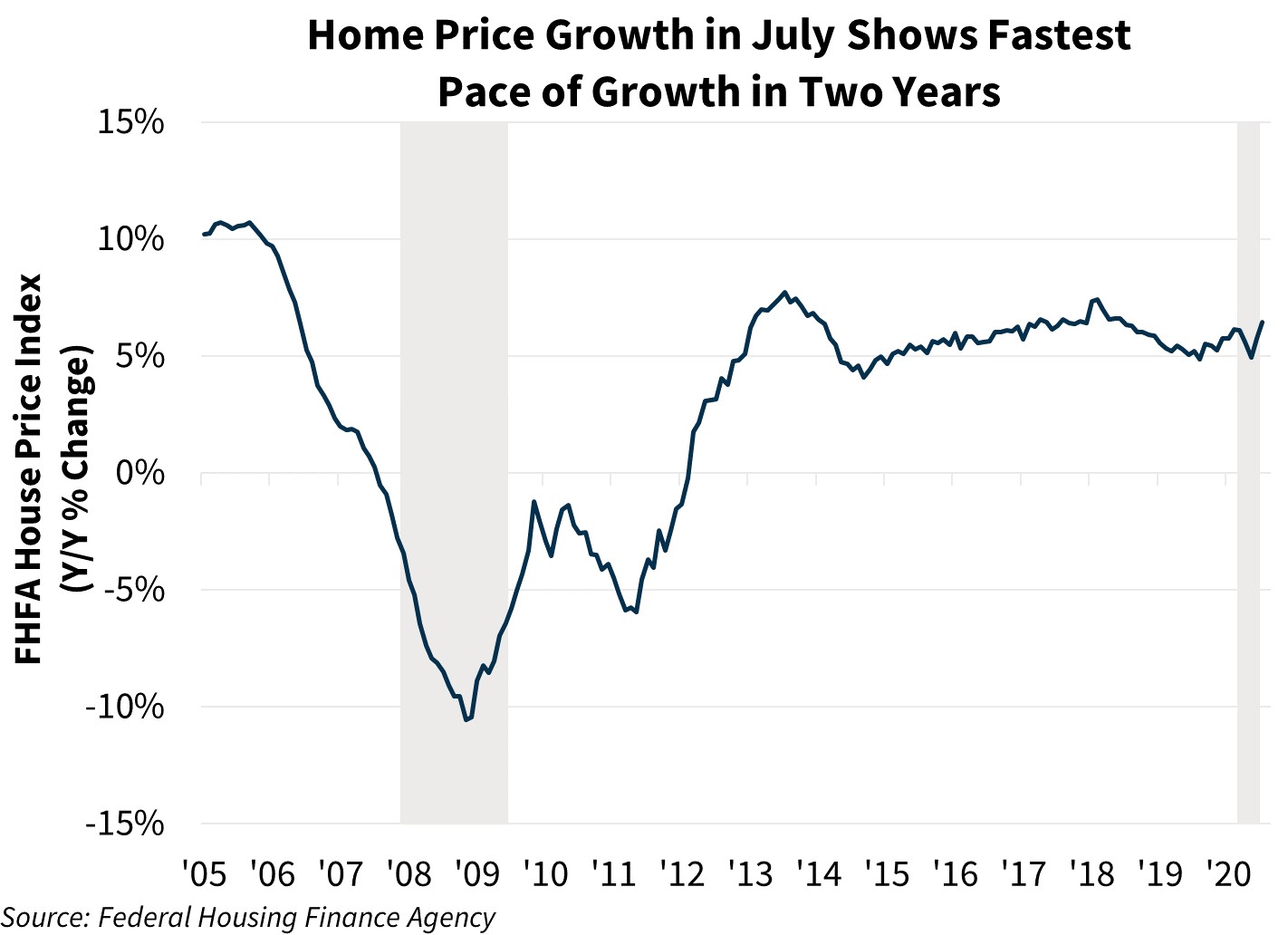