Fed Remains on Hold as 2019 Growth Comes in Solid

While the Fed kept rates unchanged in January, the tone of the meeting was less optimistic than anticipated; equity markets responded negatively, and the fed funds futures market reversed from a stance of no rate movements this year to pricing in an 85 percent chance of at least one cut by the end of 2020. While we maintain our view of no rate cuts this year, that may change if data softens and/or more downside risks emerge. The advance estimate of full-year growth in 2019 was a tenth lower than we expected at 2.3 percent, but this week’s data do not change our outlook for 2020 or beyond. Treasury rates declined, reflecting risks related to the coronavirus, but we do not yet expect coronavirus to affect our forecast. While the decline in December pending home sales suggests a pullback in January existing home sales from the prior month’s unsustainable pace, we maintain our perspective of solid growth in both existing and new home sales in 2020. 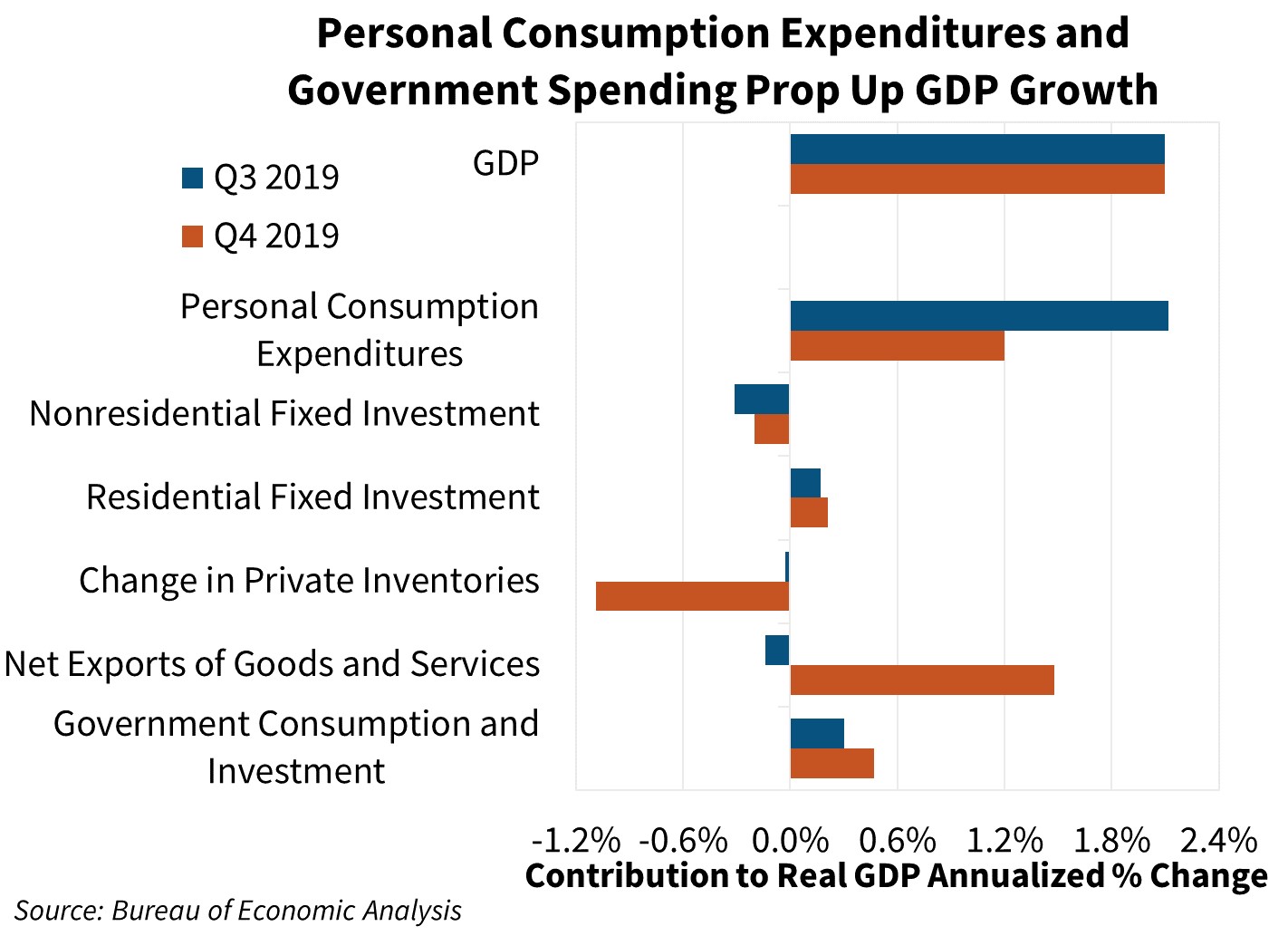 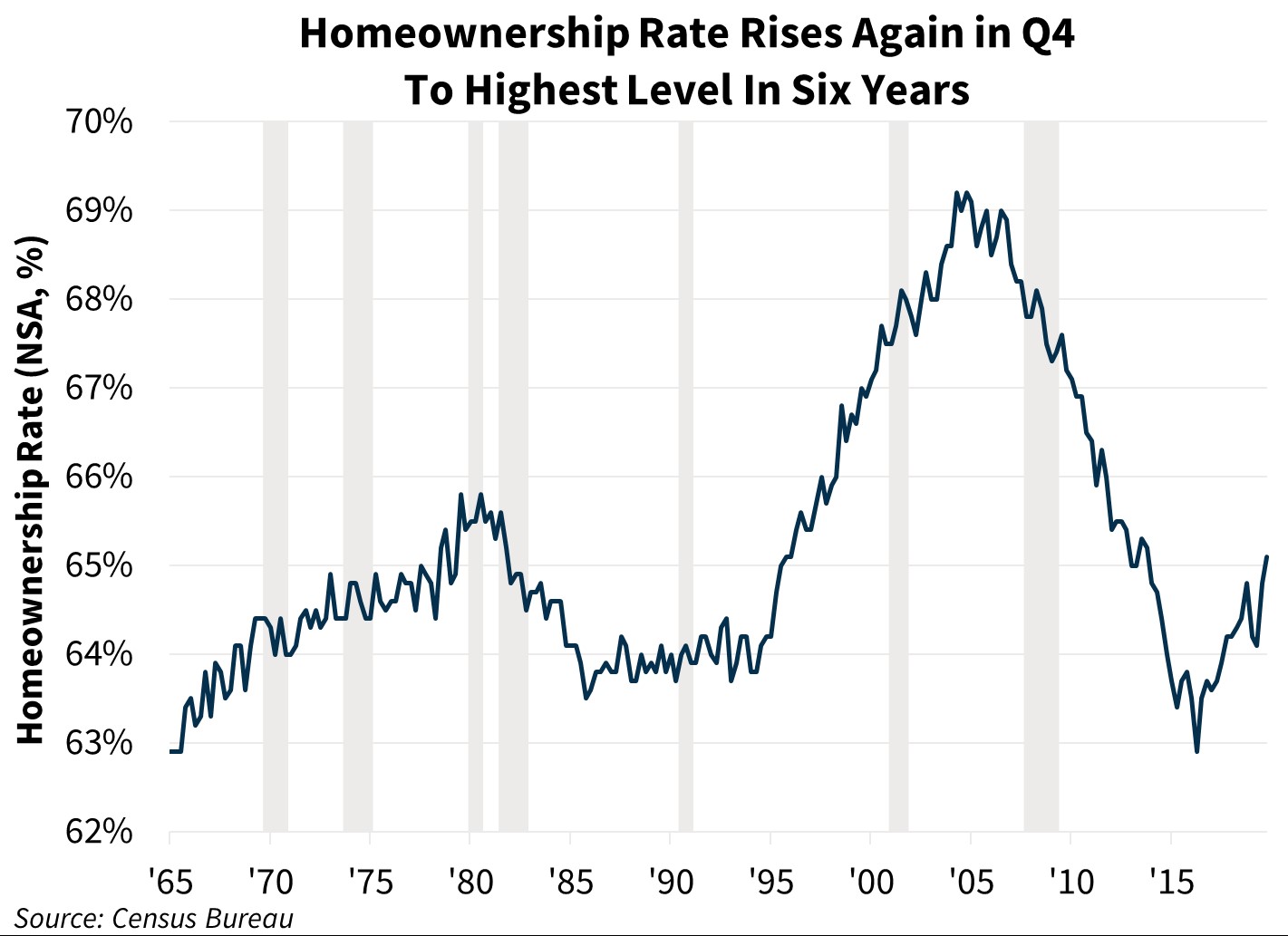