The decline of GDP in the first quarter was expected, and we continue to expect an even more severe decline in the second quarter. The falling economic output was driven primarily by a sharp contraction in consumer spending, as consumer confidence fell and businesses closed in March in compliance with state social distancing programs. This decline was unusual in that the service sector led the decline, while nondurable goods spending actually increased due to a surge in spending at grocery stores. While some states have begun to reopen certain businesses, the unprecedented fall in consumer confidence in April supports our expectation of a more significant decline in consumer spending in the second quarter, and thus a much steeper drop in GDP growth. However, the increase in the personal savings rate in March suggests that consumers may have the capacity to resume spending once stay-at-home orders end and businesses begin to reopen. The decline in the April ISM Manufacturing survey also supports our expectation of a further contraction in the second quarter as uncertainty, supply chain disruptions, and social distancing policies will likely lead to a sharp decline in business investment in the second quarter. In housing, the decline in pending sales suggests a pullback in existing home sales, at least in April. 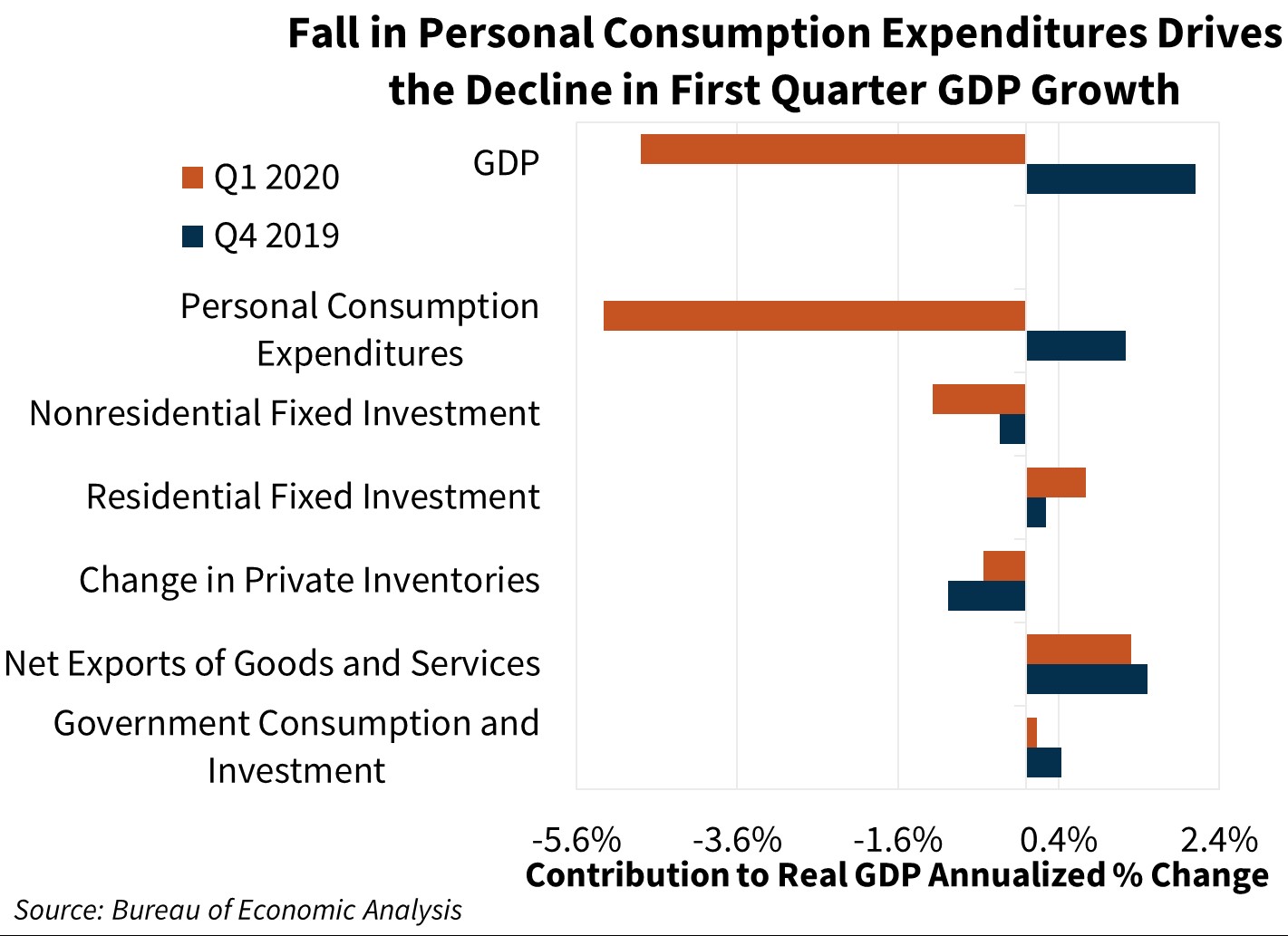 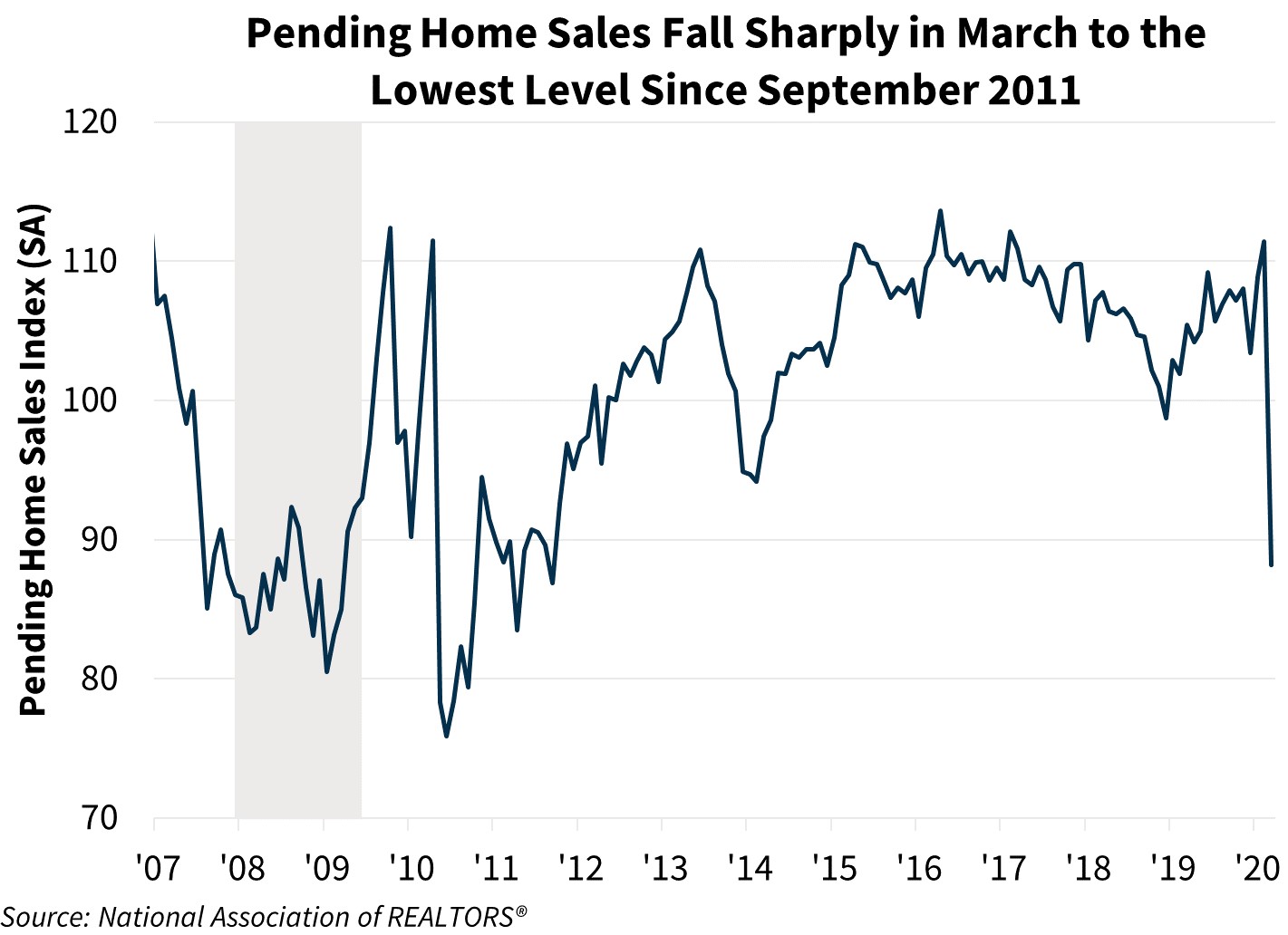 Economic and Strategic Research Group
May 1, 2020