Given the solid-enough December jobs report and the continued expansion of the service sector, according to the ISM Nonmanufacturing Index, we believe the Fed will be content to continue their current "wait-and-see" stance. The labor market continues to support the household sector, and both are likely to continue driving the economy at or close to trend. The sharp narrowing of the trade deficit in November indicates that net exports will likely add to growth in the fourth quarter, although weakness in November factory orders and core shipments suggest weaker business equipment investment. 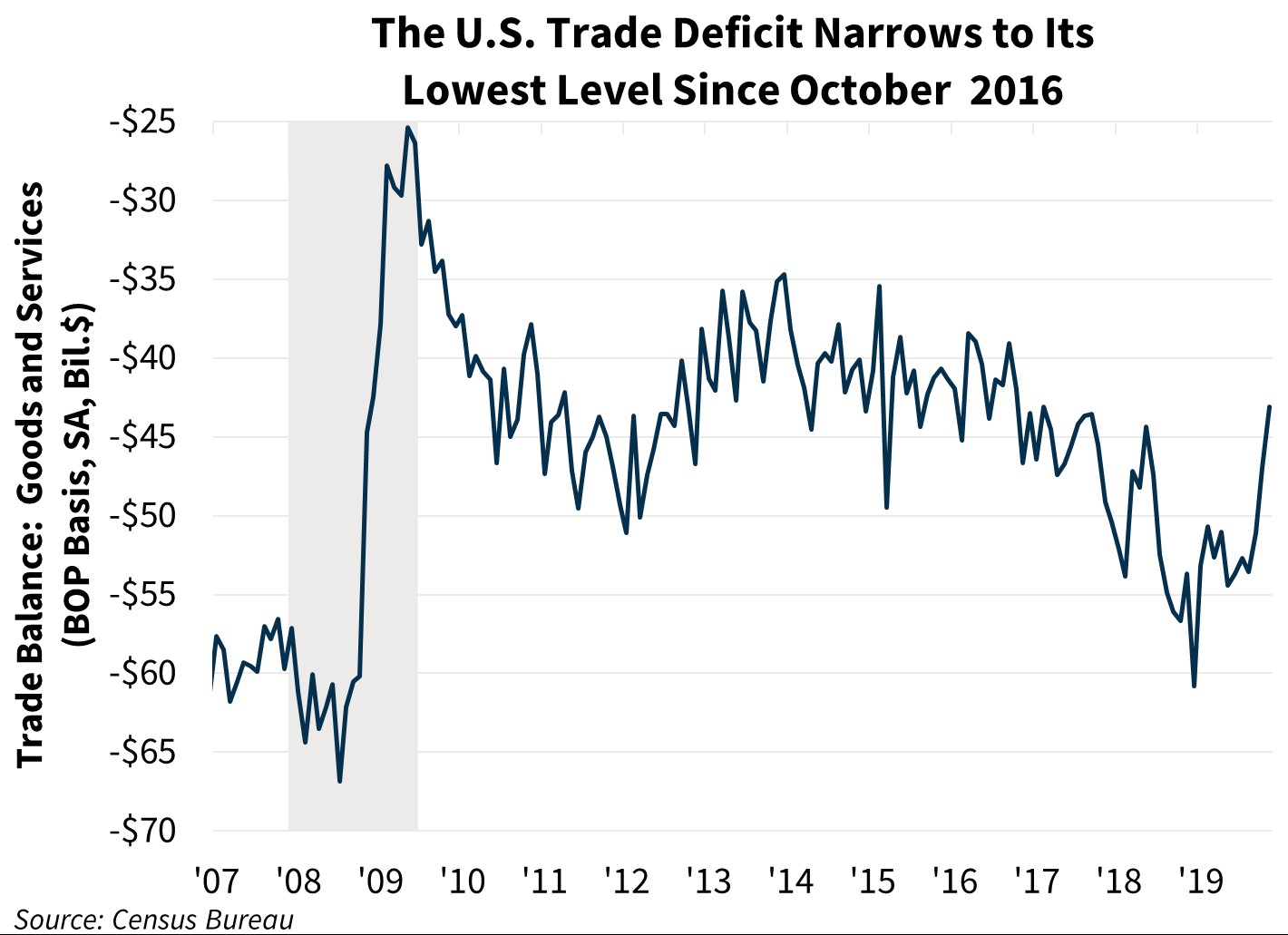